NEW YORK – According to a survey conducted by the Public Religion Research Institute, Fox News is the most trusted news source for senile and geriatric Americans above the age of 60.

The survey found that 25 percent of all Americans view Fox as the most legitimate news outlet in the nation. Many experts, however, disagree with this figure, stating that the large number of elderly respondents who overwhelmingly voted for Fox skewed the results.

Other major networks didn’t fare nearly as well, with only 17 percent of Americans citing CNN as the most reliable network, and just 5 percent preferring MSNBC. NBC scored surprisingly low even among Democrats, taking only 10 percent of the vote. By comparison, over half of all Republicans prefer Fox News.

Andrew Kohut, founding director of the Pew Research Center, raised concern because there were only 1,538 people who actually took the survey. “Of that number, over two thirds were senile or geriatric, so to classify the results of this survey as legitimate would be completely erroneous.”

Kohut added that phone surveys generally don’t provide good results, as most potential respondents are “too busy with actual shit,” and can’t be bothered to take the requisite time to respond.

Despite the contested results, Fox News has acknowledged the survey, stating that they are “truly honored” to claim the title of “most trusted news source.”

“I’m just glad that the American people feel that they can rely on us for their news,” said current Fox News president Roger Ailes in a press release. “Going forward, I promise that we will maintain the same level of journalistic integrity, objectivity, and high quality, non-sensationalized, factually sound news that you have all come to love so much.”

Ailes went on to outline some new programing that caters to the prime Fox News demographic of 65 and over. One of the upcoming shows, titled “The Good Old Days,” paints a pastoral, old-timey picture of America before “gays and Hollywood Jews eroded the moral fabric of the nation.” Another program, titled “Get Off My Lawn!” is said to be a variety show hosted by Chuck Norris that will teach viewers the dangers of immigration and tolerance. 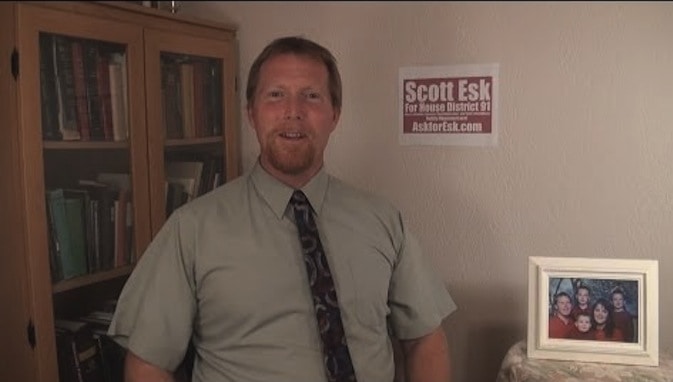