WASHINGTON  — With Fox News Host Chris Wallace this week using the 50-year anniversary of Martin Luther King Jr.’s “I Have a Dream” speech to ask if it was time for the government to stop giving preferential treatment to minorities, a legion of Fox News personalities have taken up the call and are now pushing for an end to black privilege.

“One of the questions is how much longer the government should give special treatment to minorities,” Wallace asked Fox News contributor Kirsten Powers. When she responded by pointing out that unemployment has historically been higher for African Americans than for White Americans, Wallace turned to former-Senator Scott Brown. “At what point have we gone as far as the country, as the government, needs to go in putting a thumb on the scale, if you will?” he asked. “At what point do we, in effect, say, ‘you’re on your own?'”

“God love Chris for speaking truth to power,” said Fox News Host Sean Hannity. “In 2010, CNN reported that white Americans were worth as much as 22 times more than African-Americans. But do we get 22 times the special laws and regulations in our favor? I think not!”

“The liberal elite has infiltrated the government over the past 30 years and used their pagan ways to give black people the best of everything,” said noted conservative pundit Ann Coulter. “It’s time we stand up and take our country back. We’re White! We’re Right! Go F$&@ Yourself!”

Despite the fact that white families tend to earn twice as much income as African-American families, Fox News Host Bill O’Reilly told his audience that the government, and particularly the administration of President Barack Obama, had fixed the American way of life to favor minorities. “Everywhere you look, the government is forcing us to do them favors. We can’t discriminate against black people in hiring decisions, but is there any law saying you can’t discriminate against white people? You’ve got affirmative action getting dumb, poor black kids into college over smart, upper-middle class white kids. Christ, if it weren’t for nepotism, we’d have nothing left!”

Building on Wallace’s claim that the government has been ‘putting a thumb on the scale’ to favor minorities, Fox News proudly unveiled their “Take Off Their Thumbs!” campaign, which they hope will lead to white people being given the same advantages members of the minority elite have enjoyed for the past 30 years. 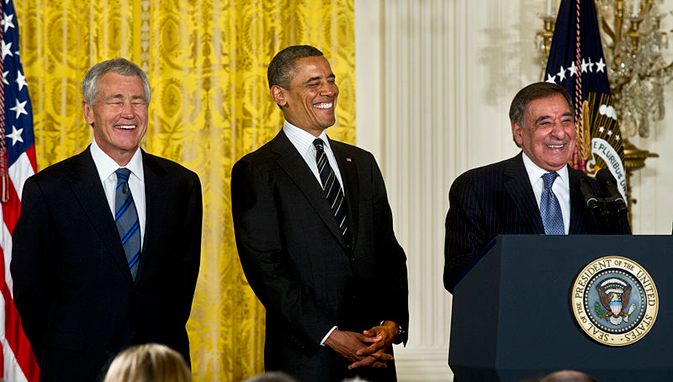