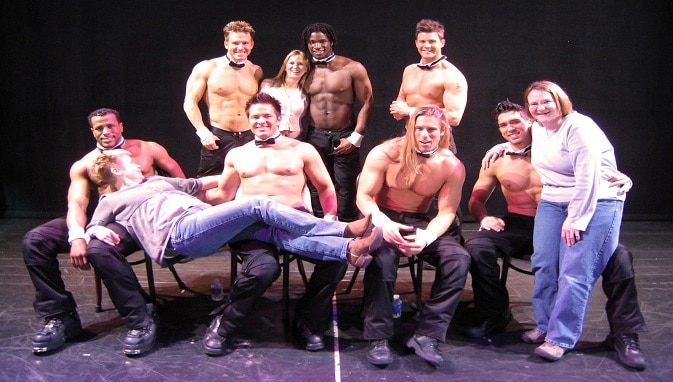 “John Burkhalter, the Democratic candidate for lieutenant governor in Arkansas, used to be a male stripper before getting into politics, and he’s not embarrassed to talk about it, apparently. According to an interview Burkhalter gave to a CBS affiliate in Arkansas, 5NEWS, being a male stripper in Little Rock was one of the many “tough jobs” he had in his past.

“Asked about being portrayed as a candidate with a “different background, from Chippendales dancer to multi-millionaire”, Burkhalter openly said “I did have that job for a while, a very short time. It was when I was in Little Rock; I’ve always been an athlete, and I was actually buying cows from a farm.”

“The Democratic candidate also stated “I had like 17 acres in a little place called Billy Goat Hill, which is in North Pulaski County, and I was trying to make my way in life”.

But, what surprised during his interview the most is the fact that, apparently, stripping is like riding a bicycle: one never forgets how to do it (or loses the appetite for it).

“I’ll tell ya, stripping is one of those things that you can stop doing for a while, but it keeps on lurking beneath the surface, and pops up every now and then”, he continued. “Considering I was into bodybuilding in my younger days, stripping seemed like a quick way to earn some extra cash. I’ve had a lot of women in my day, but I have to admit that Hillary (Clinton) is one lady I wouldn’t mind revisiting my old ways for once again”, Burkhalter said.

Whether the former US Secretary of State has an irresistible aura or it’s just Burkhalter who sees something special in her is unclear; however, any woman who makes a man want to go back to his wicked ways for her is special, and Burkhalter agrees: “I wouldn’t even mind giving her a lap dance, and that has nothing to do with the fact that we’re members of the same party.”