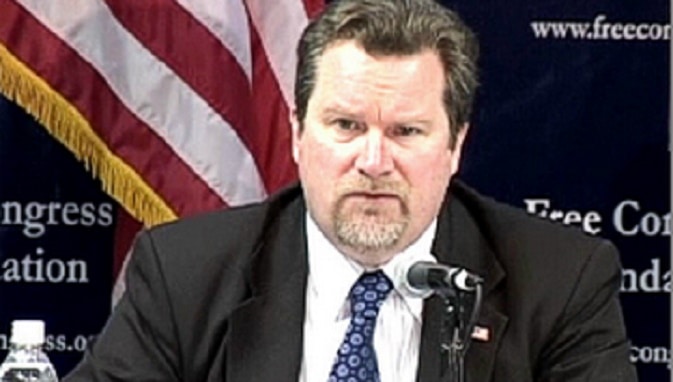 Cliff Kincaid: “If Same-Sex Couples Want To Be Families, They Can Adopt Their Partners”

“Jerry Kenney and Cliff Kincaid of America’s Survival recently interviewed Dr. Paul Kengor about his new book, and the conversation quickly turned to the issue of the mental health of the unborn future children of gay couples. Kincaid contended that “there’s gotta be a backlash to this kind of thing” from ordinary people who “are gonna feel and sense a revulsion to this; they’re gonna be disgusted by it. Because, let’s face it, they’re going after our kids.”

“Kengor, who admitted he does not know with certainty what the future children of gay parents will think, is pretty sure in twenty or forty years they will say, “’I love my mom and mom’ or ‘I love my dad and dad.’” However, Kengor reminds those who disagree with him that they are also not psychic, but yet they are the ones who are “so insistent on rushing into it, with no data, no interviews, no nothing.”

Kincaid then stated his personal views on the issue: “I really have no idea how all this will end, but I can tell you right now I really don’t like the direction it’s going in. I mean, today we have gay couples who are pushing for gay marriage laws, and some states have already allowed such practice. The next step is adopting children, because they [gay couples] can’t make them on their own. And that’s exactly my point – I fear that in the future they’re going to be aiming at finding a way to have children on their own, thereby cutting nature out of the equation. I mean, I’m all for evolution, but such a notion scares the heck out of me.”

Kengor added that “there would have to be a significant period of time before human biology would be capable of successfully implementing such radical changes, but the fact that the idea already exists today is really daunting.”

Following Kengor’s words, Kincaid said: “Yes, and that’s exactly what I mean. You know something? If gay couples want to have their own families and their own children, I think it would be fair to not traumatize “normal” kids and just adopt their partners. That way they can add incest to their already twisted nature and have a deviant party whenever they feel like it.”