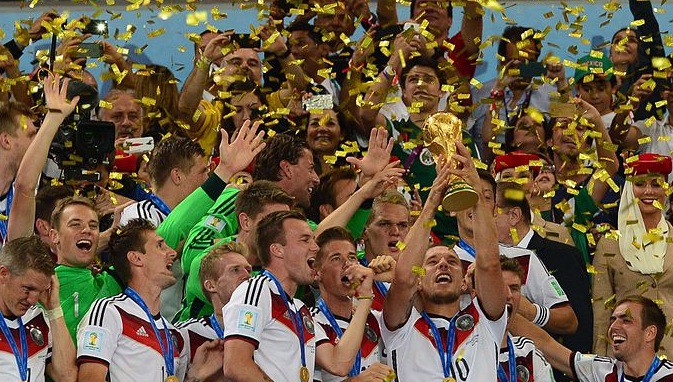 International Restrictions on Cheering Crowds Lifted for 48 Hours in Germany

BERLIN — Following the national team’s spectacular victory in the World Cup final last Sunday, international authorities agreed to lift restrictions on the decibel levels of German crowds for 48 hours, to allow the country to appropriately celebrate.

“Given the special circumstances, we felt that briefly lifting the check on noise pollution wouldn’t hurt anyone,” said U.N. Secretary General Ban Ki-Moon, who unilaterally suspended the measure Sunday night. “I’m sure when we wake up, Poland will still be there,” he added with a laugh.

A relic of World War II-era restrictions, Germany still abides by a variety of denazification mandates, including a fixed limit of no more than 370,000 personnel in the armed forces, criminalization of the swastika, a ban on the manufacture and possession of nuclear weapons, as well as a prohibition on gatherings of more than 4,000 individuals from reaching 80 decibels in volume.

“I’ve always felt that [the noise restriction on crowds] was a bit harsh, myself,” Ban added. “Regardless, it’s only for 48 hours. I mean, worst case scenario, what could a bunch of crazed militarists possibly accomplish in that span of time?”