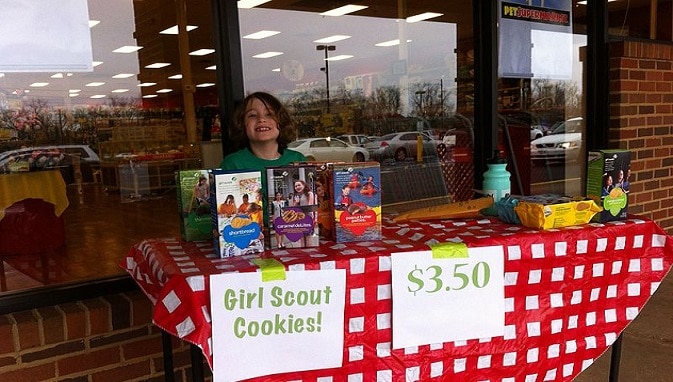 Franklin Graham is joining other Religious Right activists in calling for a boycott of Girl Scout cookies, with the conservative pastor attacking the young women’s organization on his Facebook page recently over its stance on LGBT issues. Hailing the Roman Catholic archbishop of St. Louis who penned a letter denouncing the Girl Scouts, Graham similarly took issue with the group’s welcoming stance and said he “won’t be buying any Girl Scout cookies this year.” Graham’s contempt for the Girl Scouts also includes a warning that the group turns girls into lesbians.

“And what bothers me about it, besides the obvious, is the way in which they’re doing it. People in America need to realize that their tactics have evolved well beyond smiling when you open the door and trying to charm you into buying a box or two. These days, they’re much more devious. For example, I know for a fact that they put several harmful chemicals in those cookies, chemicals that affect the female nervous system, causing them to alter their sexual preferences. Essentially, what happens is, within a matter of days, they’re capable of turning a full grown, married woman into an outright lesbian. How did we get to this point?” Graham raged.

He proclaimed: “I am hereby sending out a warning to parents across America: if you happen to look out the window of your home and see a group of Girl Scouts coming your way, you should immediately lock all the females in your household in the basement or shed, grab the first weapon you can get your hands on, regardless of whether it’s a shotgun or a crowbar, and use it on those emissaries of the Devil prior to burning those infernal cookies. Don’t let your family fall to pieces because of cute, innocent smiles, for those smiles conceal sharp, venomous fangs behind them. Remember how the Devil’s greatest deception was convincing humans that he doesn’t exist? Well, it’s the same with this: the last thing we need is more so-called LBGT people in this country.”

“It’s as simple as crunching a couple of numbers,” the conservative pastor added. “More and more lesbians equal less and less straight women, which will cause less marriages and babies, and that will ultimately result in the destruction of this great nation. And a problem such as this one can be solved in a number of ways, but I believe the best one is to nip it in the bud. Therefore, I’m calling for a National ‘Wack-A-Girl-Scout’ Day, which will feature a nation-wide hunt for these unholy servants. Take care of your children, parents of America. Because if you don’t, the Devil and his lesbian missionaries will do it for you.”