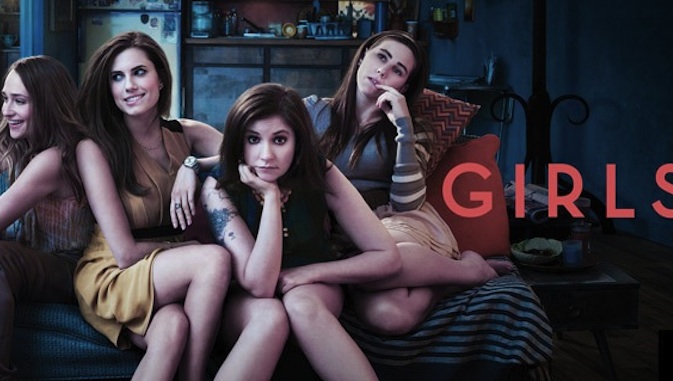 Girls, As Viewed by Some Guy Whose Girlfriend Made Him Watch It

So last Sunday my girlfriend was all, “Let’s watch Girls it’s amazing,” and I was all, “If I do, can we have sex after?”

We started watching and I was pumped to see Zooey Deschanel cause she’s hot-cute, which is rare. But she never appeared on screen and I realized New Girl is not the same as Girls. Which is confusing but whatever.

The show is about chicks in their 20s who complain about their life all the time, which is annoying. But my girlfriend says she loves it and can relate to it. Probably cause she’s annoying too. Anyways, that NBC guy Brian Williams has a daughter and she’s on the show and she’s fucking hot. Seriously, smoking hot. She plays Marnie.

The main character is this chick Hannah, who’s a writer. But that’s not working out, so she concentrates her energy on having sex with people. First she does it with this dude Adam, who talks like he’s a bit slow. He gets hit by a truck and breaks his leg, so Hannah need to helps him pee and stuff. It’s nasty but pretty funny.

She gets bored of him and starts boning this Republican dude played by Donald-fucking-Glover. Which. Is. Awesome. He’s chill, but she’s all OMG DEMOCRATS and so he breaks up with her cause he can’t take her liberal shit.

Anyways, she has sex with all of them and shows her tits a lot. Which should be cool, but she’s not super good-looking, so it’s mostly not cool. The whole episode, I’m just like, “when are we going to see Brian Williams’s smoking hot daughter’s tits?”

And then we almost do cause she has sex with Hannah’s gay ex-boyfriend, Elijah. Which is weird cause he’s gay, but she’s so attractive I bet she could get Elton John hard. Anyways, the camera dude crops out most of her body and it’s totally lame, but you can still catch her side boob, which is pretty cool.

So overall, yeah, I’d watch the show again. The stories are pretty entertaining. Plus the awkward shit about relationships is true to life and there are boobs everywhere (except Marnie’s but I’m keeping my fingers crossed). And also my girlfriend has sex with me when I watch the show so I’m okay with it.

Also, I’d like to mention to the writers of Girls that if Zooey Deschanel wants to come on the show and show her boobs, that would be solid.