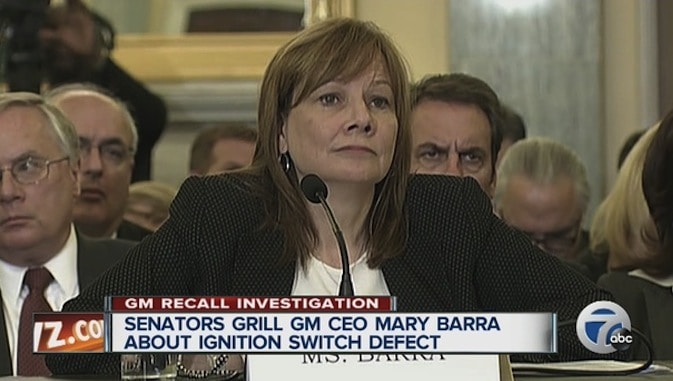 DETROIT — The general public got its first good look under the hood of the General Motors Corporation last week after the government released internal company documents that translated into layman’s terms the cryptic language used by auto makers and mechanics for years.

“Your carburetor needs to be replaced on account of a condition with the fuel-to-air ratio of a multi-port injection system that does not perform to design,” said Larry Underwood, a GM Certified Service employee.

Translation: Your Chevy Cobalt came off the assembly line without an engine.

“Some customers pretend to know what the hell I’m going on about,” admitted Underwood, “but more often than not, the mumbo-jumbo just earns me a blank stare and a blank check, as customers beg me to fix their car ASAP.”

As the acting head of the National Highway Traffic Safety Administration sees it, “GM must rethink the corporate philosophy reflected in the documents we reviewed,” which suggest terminology to be used to obscure potentially serious safety defects.

In fact, the 2008 documents recommend against using the term “defect” at all, along with other inflammatory terms like, “widow-maker,” “deathtrap,” and “Hindenburg.” Instead, the training materials suggest the blanket alternate term, “a perfect excuse for your family rent a limousine, wear slimming black outfits, and stop traffic for the day.”

“We didn’t want to unnecessarily concern customers by raising red flags,” said Underwood. “We aimed to provide service with a smile and a veneer of patronizing confidence that glistens cherry red until the lead-based paint causes memory loss and numbness.”

The automaker just agreed to pay a $35 million federal fine and submit to heightened government oversight after it became clear that the company hid a defect in the design of an ignition switch linked to at least 13 deaths. As part of the agreement, GM also will replace the ill-defined “Check Engine” light in their cars with a more descriptive “Check Life Insurance Policy” warning.

Greg Martin, a spokesman for GM, argues that the company has come to embrace transparency. Said Martin, “Today’s GM encourages employees to discuss safety issues, which is reinforced through GM’s recently announced Speak Up for Safety Program.”

As for drivers who are unable to speak up because they are pinned between the steering column and the footwell of a defective GM vehicle, Martin suggested they should “press the OnStar button to log a complaint with customer support.”