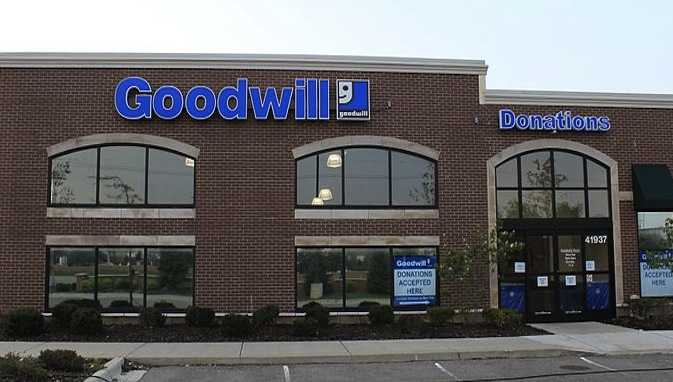 TALLAHASSEE, Fla. — Goodwill Industries, the multibillion-dollar nonprofit charity, works to help the disabled break down barriers. And according to recruitment materials, its disabled employees are working for whatever spare change they can find in the broken-down donated goods they are selling.

“And the benefits don’t stop there,” said senior recruiter for the charity, Max Little, who was speaking at a local job fair.

“Goodwill offers tremendous room for advancement,” he explained. “While some of our disabled workers start at a rate of 22 cents per hour, should they overcome their many challenges and be appointed an executive of this organization, they could stand to make well over a million dollars, just like President and CEO of Goodwill Southern California, Craig Smith.”

All of this was made possible thanks to the Special Wage Certificate Program found in the Fair Labor Standards Act. According to the 1938 law, employers holding these certificates are freed from minimum wage standards and can pay disabled workers any salary, purely based on their measured abilities.

“Back when I was looking for a job in 2011,” said legally blind Lauren Newsome, “some places were offering as little as one cent per hour. Goodwill’s 41-cent wage looked pretty good in comparison, so I took it.”

Newsome managed to keep that plum salary until her next timed performance evaluation, during which she took slightly longer to complete the test assignment and her wage was adjusted down to a more appropriate 38 cents. “But,” she noted, “they did let me keep a locket I found in a moth-eaten sweater I was folding, so I guess it basically evens out.”

Goodwill International CEO Jim Gibbons—whose 2011 salary and deferred compensation totaled $729,000—defended the so-called “sheltered workshop” system on a recent site visit, saying that workers are in it more for the experience than the pay.

“It’s about being a part of something,” said Gibbons. “And that’s exactly what we give our disabled workers: just a little something.”

Reaching into his Armani suit and pulling out a shiny half dollar for one of his model employees, Gibbons offered this tip, “Don’t spend it all in one place, unless you’d like to buy that used headband over there that’s going for 50 cents.”