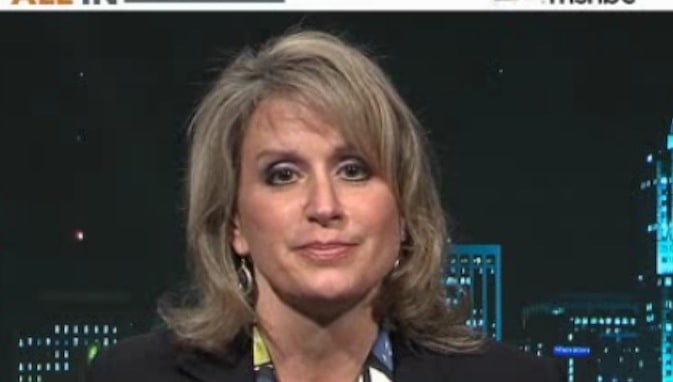 “Men do tend to talk about things on a much higher level. Many of my male colleagues, when they go to the House floor, you know, they’ve got some pie chart or graph behind them and they’re talking about trillions of dollars and how, you know, the debt is awful and, you know, we all agree with that,” she said. “But when you put all these details and numbers in front of our faces, we just get all flushed and the Republican talking point doesn’t sink in.”

Ellmers explained that if Republicans wanted to really connect with women, they needed to dumb down their language and connect with what is important to women. She claimed that women really just want “more time in the morning to get ready.

“We need our male colleagues to understand that if you can bring it down to a woman’s level and what everything that she is balancing in her life — that’s the way to go,” Ellmers said. “I keep asking them to try and remember that women are really dumb. We can generally only focus on one thing at a time, so when they want to tell us something, they need to use small words.”

The conference, which focused on how to talk to women voters about Republican policies, was attended by a large number of the 19 Republican women currently serving in the House of Representatives and was moderated by Wall Street Journal columnist Kim Strassel.

“I think [Representative] Renee [Ellmers] really hit it out of the park,” said Strassel. “It was so nice to have a woman explain it to us in simple terms that we could understand. She didn’t try to use numbers or facts or anything hard. That was smart.”