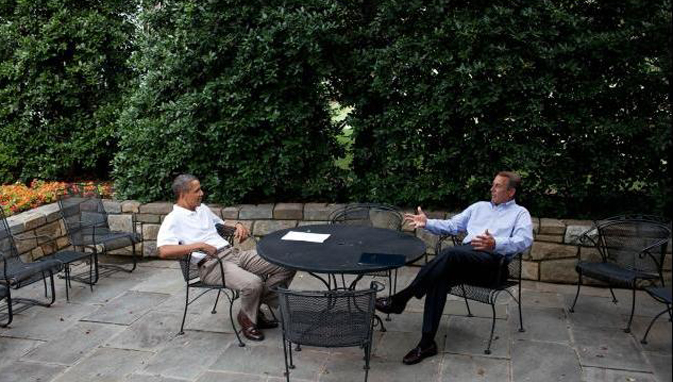 WASHINGTON — Speaker of the House John Boehner introduced a new proposal during fiscal cliff negotiations this week that cuts funding for the U.S. Secret Service, whose members are sworn to protect the life of the president with their own.

“The president refuses to consider sufficient cuts to entitlement programs, even one that benefits him exclusively,” said a frustrated Boehner to reporters after the meeting. “This idea that Mr. Obama’s job entitles him to protection from violent assassins is indicative of the administration’s nanny state mentality.”

Mr. Boehner went on to clarify that he did not expect the Secret Service budget of $1.6 billion to be gutted entirely, but that the “needless spending” must be curtailed, beginning with the funding that keeps the president breathing and responsive to stimuli.

Prominent GOP figures echoed these sentiments in interviews with reporters, hammering on the talking point that President Obama can afford to hire privately contracted bodyguards if he genuinely does not want a bullet to rip its way through his body, causing irreparable damage.

During the negotiations, President Obama expressed that he would remain inflexible in his desire to let tax cuts expire for the top 2% of wage earners, reportedly prompting Boehner to jokingly respond, “Drop dead.”