WASHINGTON — Republican Leaders are calling foul over a new money-saving policy put in place yesterday which designated all restrooms within the Capitol Building as ‘pay to play’ endeavors. Calling it a ‘callous display of petty partisanship,’ they called on President Obama to either return all toilets within the building to their former, free-use status, or supply congressional leaders with ample amounts of quarters.

“This is outrageous,” said Representative Gus Bilirakis (R-FL). “A man shouldn’t be punished financially when answering the call of nature, nor should any of that man’s campaign contributors who happen to be visiting. The President should be ashamed of himself.”

While the Republicans’ wrath over what has unfortunately become known as Toiletgate has been aimed solely at President Obama, the decision to move the restrooms to a revenue-generating model came from Stephen T. Ayers, Architect of the Capitol.

“I don’t know why they’re surprised,” said Ayers. “We’re a government agency and we’re under the same pressures as everybody else. Did they think when they voted for the Budget Sequester that we’d be magically excluded? It was fire 250 custodians or install a pee-fee. I think Congress can spare a few quarters.”

Even though the new changes affect politicians from both parties equally, Democrats have been largely silent on the issue. “It’s an inconvenience, certainly,” said Representative Karen Bass (D-CA). “But it pales next to the hardships this sequester has forced upon the hundreds of thousands who will lose their jobs. Compared to that, who cares if I have to empty the couch cushions to use the potty?”

“Plus, in a pinch, there’s a Burger King right across the street,” she added.

A number of Republican Congressman briefly considered organizing a protest, but the idea was dismissed after conferring with leadership. “[Texas Republican Representative] Louie [Gohmert] wanted us all to start soiling the stairwells and hallways,” admitted fellow Representative Mo Brooks (R-AL). “It sounded like a decent idea but Speaker Boehner talked us out of it, saying it might send the wrong message.

Texas Senator Ted Cruz expressed anger over the new policy and vowed to bring his fight to the American people. “Obama wants to make the Sequester personal,” he said, slowly warming up a crowd of supporters.. “He thinks hitting us with budget cut that actually affect us will make us see the folly of our resolve to cripple the economy unless we get what we want. Well I have news for him! We will not relent! We will not compromise! We will not negotiate!”

“I have a very large bladder,” he bellowed. “And I’m not afraid to use it!” 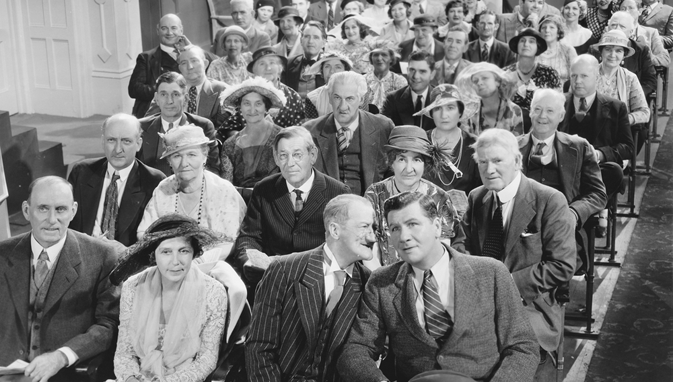