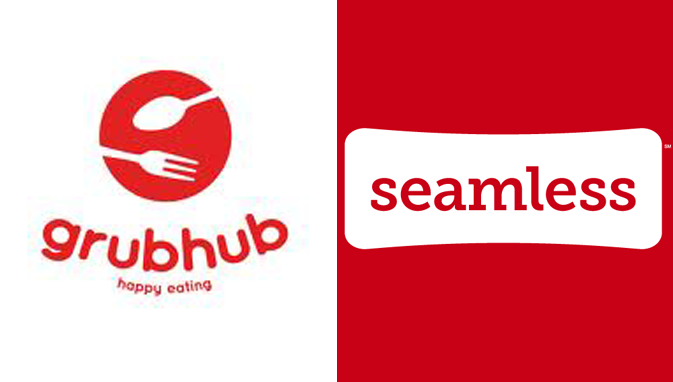 GrubHub and Seamless Order Each Other’s Companies for Lunch

NEW YORK – “GrubHub’s online food ordering service is now so advanced,” announced CEO Matt Maloney, “that our board of directors was actually able to order the entire company of Seamless.com for lunch on Monday.”

“Similarly,” added Seamless President Jonathan Zabusky, sitting across a food-strewn table from Maloney, “Seamless.com has become so sophisticated that we were able to order all of GrubHub for delivery at exactly the same time … off of an iPad.”

After simultaneously ordering the entirety of each others’ vast menu libraries, restaurant partnerships and advanced websites and apps, the two online food service powerhouses “realized they might as well split everything down the middle,” and an official merger between the companies was announced shortly thereafter.

“We actually realized it when some of the food we got arrived,” said Maloney, who ordered buffalo wings and side of mozzarella sticks with his Seamless North America, LLC. “Jon [Zabusky] looked at his food and said, ‘I am going to merger these chicken wings,’ and then he looked up at me and we both knew what had to be done.”

The newly formed super-company, which still does not have an official name, will be run by Matt Maloney as CEO and Jon Zabusky as president. It will also be governed by a “Smorgasbord of Directors” that includes executives from both companies. The organization now incorporates the 20,000 restaurants of Chicago-based GrubHub, the 12,000 restaurant partners of New York-based Seamless, and several free beverages and desserts that the companies awarded each other in the deal.

Despite officially merging, Seamless and GrubHub have said they will remain as separate brands and separate apps, at least for the time being.

“It’s a great partnership, since we each have certain strengths that we bring to the table. Get it?” said Zabusky. “For instance, Seamless has a very strong mobile ordering app, while GrubHub has more developed technology for incorporating mom-and-pop restaurants.”

Critics of the deal are asserting that the merger is doomed to fail, mainly because it will be impossible to combine the two names into a new brand that is marketable. “GrubHub and Seamless are essentially portmanteau-proof,” said Nick Iverson, professor of economics at NYU. “I’m not sure which is worse — the name ‘GrubLess’ or the images that come to mind if you really think about the word ‘Seamhub.’”