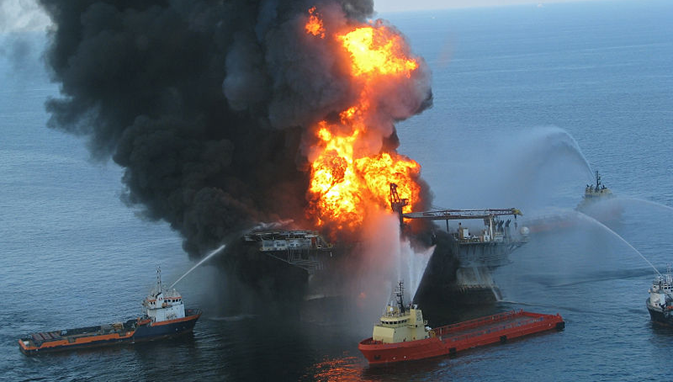 WASHINGTON — In a civil suit brought today by stockholders and other investors, Halliburton pleaded guilty to charges of not destroying evidence related to its involvement in the 2010 Gulf of Mexico oil spill earlier.

“If we at Halliburton had destroyed evidence of our culpability sooner – before it was even considered evidence – there’s a good chance we could’ve completely gotten away with it,” said Halliburton Chairman, President, CEO, and Exalted Ruler for Life David J. Lesar.

The Deepwater Horizon rig explosion that killed 11 workers and caused a 210-million-gallon oil spill  precipitated a clash between Halliburton and the British oil company BP, which operated the rig. The Justice Department found that before the drilling, Halliburton had recommended that BP include 21 metal centralizing collars to stabilize the cementing; BP chose to use six instead. After the explosion, Halliburton ordered its workers to destroy internal reports that showed negligible differences between using 21 and six collars, and that both were unstable. Nevertheless, Halliburton tried to foist blame on BP for not following its advice.

“That we actually preserved incriminating documents and computer files up to a time when our destroying them was detectable and provable shall forever remain a stain on Halliburton’s reputation of extending a large middle finger to government investigators,” Lesar continued. “I am deeply, deeply ashamed that we momentarily hesitated to just torch all our files related to this matter.”

Halliburton recently pled guilty to one criminal charge filed by the Justice Department—destroying evidence—and was fined $200,000, or approximately four and a half minutes’ worth of profits.

“We can never get back that money,” Lesar said mournfully. “Or our reputation. But especially the money.”