Fox News host Sean Hannity prepared his audience for yet another woman coming forward with accusations of sexual assault against Donald Trump, insisting the newest charge against the Republican presidential candidate is “going nowhere.” “I told you there was going to be some bomb this week,” Hannity said Wednesday on the Sean Hannity Show. “There’s this woman that had claimed that Donald Trump raped her when she was thirteen years old and is going to break her silence on Wednesday afternoon,” Hannity said. “So that’s the one they’ve been holding back on.”

“And here’s the key thing I personally have a problem with here,” he added. “Imagine you’re a Democrat, right. You’re a liberal and your sole objective from the moment you wake up in the morning till the moment you go back to bed at night is figuring out how to take down Donald Trump. And trust me, there are people like that all over the place, it’s incredible. Anyway, that’s all you think about, 24/7. And after you’ve tried every possible trick in the book – and have taken advantage of Trump’s own incidents against him – you realize he’s just too tough of a nut to crack, right. So, what do you do next?”

He continued, “Well, you start thinking outside the box. And since you’ve already exhausted every child molester, serial rapist, misogynist, bigoted and every other angle you could think of, you’re down to one option. You come up with this idea to pay some random 13-year-old girl a handsome amount of money to accuse Donald Trump of raping her. Now, we’re talking here about a guy who’s had so many girls and women in his life he doesn’t remember 99% of them. And naturally, when a cute, little 13-year-old girl asks him if he remembers raping her, he’s going to go with ‘I don’t think so, but I’m not sure.’”

“So, your plan is working like a charm up until this point,” Hannity said. “Now it’s time to get everybody on Trump’s case and take him down once and for all. But, here’s why that won’t work either – you paid an underage girl to lie and accuse an innocent man of rape, and then you want to convince the public that he should be blamed for it? Basically, your goal is to blame a billionaire for raping a 13-year-old girl he never even met? This is Donald Trump we’re talking about here – he could have small girls by the bucket loads waiting for him anytime, anywhere, including importing foreign ones from abroad. They’re much easier to work with because, after all, they don’t fight back as hard as our girls.”

“But, anyway – great plan, genius, it’s really fail-proof. And you know what the best part of it is? You’re putting all your money on the public condemning a man for falling for the spell of a woman, or in this case, young girl. How would you expect him to react? ‘Hey, here’s a young girl who’s DTF, but I think I’ll sit this one out?’ Yeah – said no man ever. No normal male would ever turn down free sex, and yes, dear ladies – that also goes for those snot-nosed, geek types of men you have doing your choirs at home. If it’s a tight hole and it’s attached to two legs, preferably belonging to a female homo sapiens, us guys are good to go. And trust me, Donald Trump is no different in that regard,” Hannity concluded.

Sid Miller: “C**ts Are Made For A Lot Of Things, But Running A Country Isn’t One Of Them” 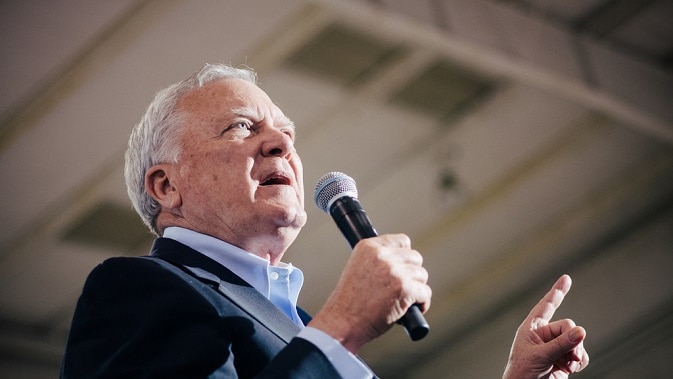 Gov. Nathan Deal: “If People Don’t Like The Fact That They’re Colored, They Can Always Get Jacksonized”