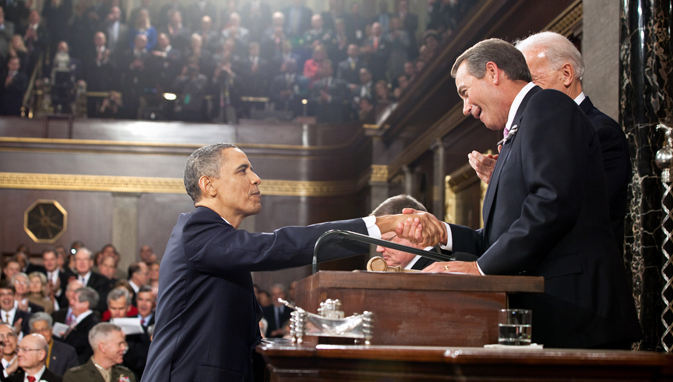 “We might as well throw open the borders, double Obamacare’s funding, and elect a gay Muslim to the White House.”
0
Shares
0
0
0
0

WASHINGTON – The House of Representatives today passed a resolution calling for the Japanese toymaker Sanrio to retract its “deplorable” announcement that Hello Kitty is not, and never has been, a cat. The bipartisan support—deeply uncharacteristic for this Congress—was on display this afternoon as over fifty representatives took to the House floor to denounce the revelation and pledge to “never give up believing in Hello Kitty’s fundamental feline nature.”

“This isn’t just shocking,” Speaker John Boehner, R-Ohio, said, moments after the resolution—which called the announcement “monstrous and wrong”—passed with nearly unanimous support. “It’s absolutely world-shattering. Not since 9/11 have people the world over had to confront such a paradigm shift.”

“If Hello Kitty is not a cat, what’s next?” asked Louie Gohmert, R-Texas. “Is Mickey Mouse actually a horse? Is beef not cow? Am I no longer a man?”

Although the resolution specifically accuses Sanrio of “perpetuating a vast and malignant lie,” anthropologist Christine R. Yano, who “let the cat out of the bag” about Hello Kitty’s identity in an interview published Tuesday, noted that the company never actually said that the character was meant to be viewed as a kitten. Indeed, on Sanrio’s website, Hello Kitty is described as a “bright little girl with a heart of gold.”

Nonetheless, the character’s appearance had convinced millions that Hello Kitty was a cat, and news that this was untrue sent millions of teenaged girls and elected representatives scrambling to find some other source of meaning in their lives.

“I’m utterly heartbroken,” admitted Minority Leader Nancy Pelosi, D-Calif. “Hello Kitty was the most inspiring, most cuddly kitten ever to bless the Earth—and I considered her a close friend. To find out she’s actually nothing but a human who only looks like a cat—it’s simply devastating, and it throws everything into question.”

Several lawmakers admitted that the news had cast all of their most firmly held beliefs—political or otherwise—into “serious doubt.”

“There is no truth anymore,” cried Steve King, R-Iowa. “We might as well throw open the borders, double Obamacare’s funding, and elect a gay Muslim to the White House. That used to be a nightmare to me, but now, after hearing this, I can’t trust any of my gut beliefs.”

PPolitics
Read More
“It would be better for him and this country that he doesn’t win presidency”
PPolitics
Read More
WASHINGTON — Americans are expressing shock and amazement at the revelation that a number of Republican Senators may…
PPolitics
Read More
"But thanks to our drone warfare program operating as intended for once, we can catch a breather before we spend the next few years re-bombing the same area looking for his successor.”
PPolitics
Read More
"He approves of torture, he attacks sovereign nations with drones indiscriminately, and he routinely ignores the Constitution. He could probably shoot one of his friends in the face and get away scot-free.”
PPolitics
Read More
Donald Trump drew widespread condemnation – and the attention of the U.S. Secret Service – after apparently threatening…
PPolitics
Read More
A Republican candidate for the U.S. Senate from Florida repeatedly called President Barack Obama an “animal” during a…

Dr. Ditch, however, believes the matter closed. “With the amazing flexibility all black men possess, this was bound to happen...