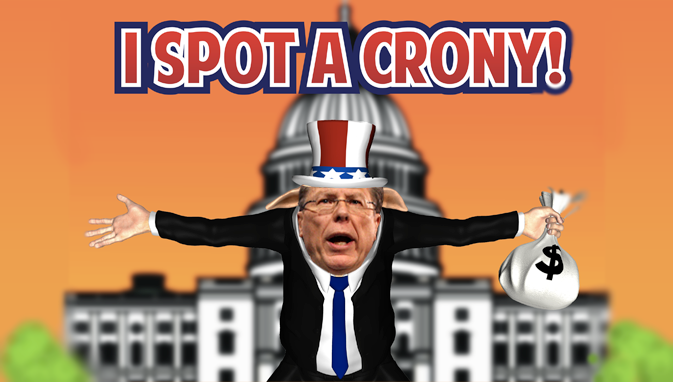 I Spot A Crony: NRA’s Top Scholarship Winners of 2012

WASHINGTON – With the congressional summer recess coming to a close, Newslo is taking a look back at the 2012 election cycle and recognizing the best in the class. This week we have compiled a list of the top 10 Democratic and Republican recipients of campaign contributions from the National Rifle Association, along with the grades reflecting how closely they voted in lockstep with the NRA’s policy positions. Congratulations to all the NRA’s scholarship winners! You really know how to keep your deep-pocketed constituents happy.

The above figures do not include $2,980,000 in lobbying by the NRA or its $19,767,043 in outside spending. Moreover, the NRA spent $25 million on ads in the 2012 election cycle, the bulk of which supported Republican candidates or attacked Democrats. Find out more about money in politics and the NRA scorecard.

Dollar for dollar, the Democrats may be lagging behind their Republican counterparts in donations from the NRA, but Wayne LaPierre, Executive Vice President of the NRA would like to remind legislators that, “Money is all well and good, but the threat of getting primaried is probably our best weapon short of putting an actual gun to your head. And we’ve yet to entirely rule out that option.”

Stay tuned for more from our recurring feature and let us know if you Spot a Crony!