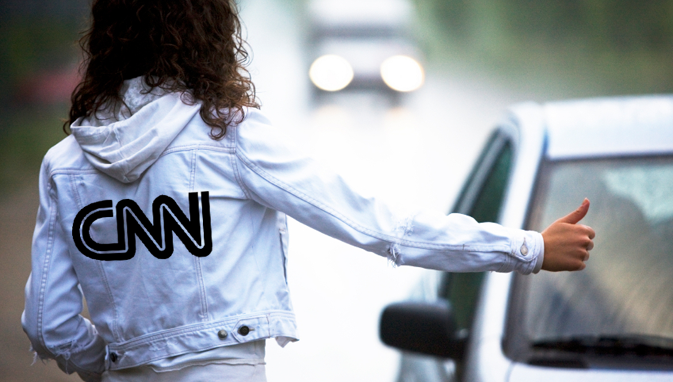 In Desperate Quest for Ratings, CNN Anchors Turn to Prostitution

NEW YORK — In a plan conceived by its marketing division, CNN anchors have begun having sex with potential audience members in a desperate attempt to boost ratings for the perennially third-place network. A CNN spokesperson confirmed that TV personalities like John King, Soledad O’Brien and Piers Morgan have been turning tricks in the CNN headquarters basement, hoping to turn occasional viewers into dedicated fans.

“It seems extreme, I know,” a CNN spokesperson said. “But pilot studies and focus group after focus group have indicated that viewers are more likely to watch a news program if they’ve recently had sex with the host.”

The spokesperson further explained, “The mode of causality is unclear, but we hypothesize that people just like to tap the person sitting next to them and go, ‘Hey, I ever tell you I hit that?’”

CNN has languished behind Fox News and MSNBC in the ratings for the better part of a decade, and the network says it is willing to try anything to broaden its viewership base, including allowing the public to “get all up in our hosts.”

“Other anchors don’t fare so well,” the source said. “We’re having trouble finding any johns for Wolf Blitzer to bang. He’s starting to get offended.”

Many observers suspect that CNN’s most debilitating flaw, rather than being cosmetic or PR-related, is its refusal to push a conspicuously partisan ideology, whether it be liberal or conservative. “We tried new graphics, ridiculous holograms, interactive Twitter feeds, better looking hosts. None of it worked,” a CNN producer said. “If this newest plan fails, we’ll have to tailor our message exclusively to one end of the political spectrum or the other, as MSNBC and Fox started doing years ago—and if you ask me, that would qualify as real prostitution.”