TULSA, Okla.– Republican Senator Jim Inhofe of Oklahoma this weekend said he believed President Obama’s signature health care reform law would have killed him had he been in its clutches by forcing his doctor to give him AIDS. Speaking with WABC radio’s Aaron Klein, Inhofe explained how he went to see his doctor for a routine colonoscopy and discovered that his arteries were so blocked that he was “just about to die.”

“Because I’m a straight Republican male over a certain age, had I been an Obamacare patient, the Obama’s death panels would have deemed me unfit to live,“ said Inhofe. He went on to explain his belief that the health care reform law would have left him dead rather than allow him to undergo the emergency quadruple bypass heart surgery that saved his life, and in fact would have worked to hurry up the process instructing Inhofe’s doctor to give him AIDS.

“You know, a person can find out here in the United States that he has this emergency situation where he’s got to have immediate heart surgery, and if you’re in a country other than the United States — a lot of them — you can’t get it done,” Inhofe said. “In my case with my age, it would have been about a six-month wait. And during those six months, I would have wasted away into a dead gay man because Obamacare would have given me AIDS.”

U.S. Secretary of Health and Human Services Kathleen Sebelius, however, disagreed with Inhofe’s interpretation of the law. “Jim’s a decent guy and I hate to say bad things about a man who just had emergency quadruple bypass heart surgery, but he’s either dumber than a cow pie or lying through his teeth,” she said. “The Affordable Care Act does not force doctors or anyone else to inject American citizens with AIDS. That’s… Christ, are we really discussing this? That’s beyond crazy. It’s, like, Alex Jones crazy.”

Despite Sebelius’ rebuke, Inhofe remains steadfast in his belief that it was only the fact that he was wealthy enough to pay for the best medical care money could buy that he is not currently infected with AIDS. “And so, the message there is — and I say this to all of our American listeners — let’s hold on to what we’ve got here,” he said. “You’re talking to someone right now who probably wouldn’t be here if we had socialized medicine in America.” 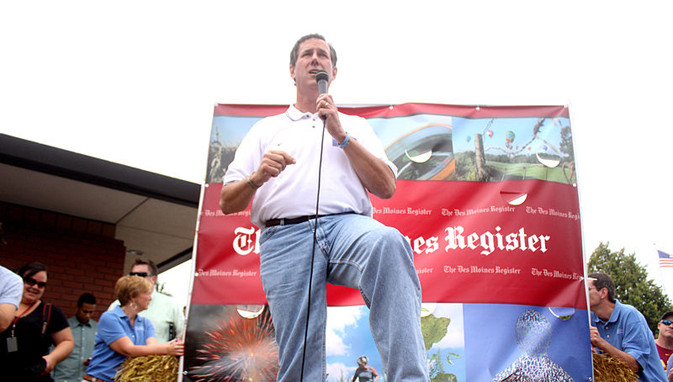 Rick Santorum: Why Gays Are Forcing Me to Divorce my Wife