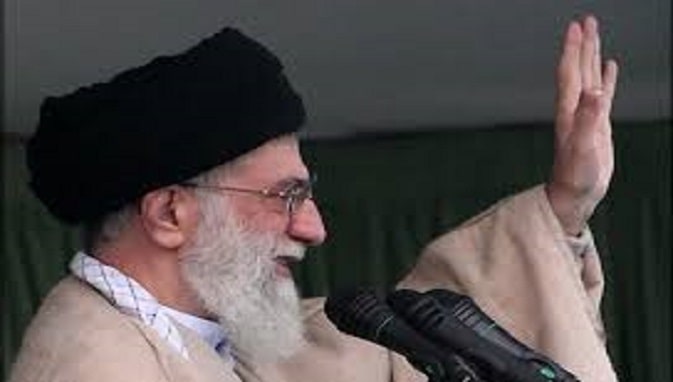 Iranian Scientists Claim They’ve Successfully Cloned Khamenei: “There Is No More Risk Of His Death”

“A domestic sheep has given birth to a baby mouflon in a rare successful example of interspecies cloning, according to scientists in Iran. The wild Isfahan mouflon – or ovis orientalis isphahanica – was cloned by researchers at Iran’s Royan Institute, which is dedicated to reproductive biomedicine and stem cell research, using the domestic sheep as a surrogate mother.

“Poaching has driven the Isfahan mouflon close to extinction in Iran. The cloned mouflon, which looks similar to a deer, has been named Maran, a Persian name for a reindeer and for new babies, which means svelte. Established in 1991, Royan has been a pioneer of IVF in the Islamic republic, where infertile couples have easy access to such treatments at reasonable costs compared to western equivalents. It has also drawn many tourist patients from across the Middle East. Iran has progressive fertility treatment and reproductive health programs, with Shia clerics in the country largely supportive of such scientific practices.

However, “Mohammad Hossein Nasr-Esfahani, the head of the biomedical research center at Royan, stated that the center has “already gone beyond the success of cloning a mere animal”, which was “still a breakthrough, in its own right.”

“After such good results, we saw no reason why we shouldn’t press forward and take up a more difficult challenge,” Nasr-Esfahani said. “One of the members of our medical staff suggested cloning the great Ali Hosseini Khamenei, the Supreme Leader of our country. We immediately liked the idea of securing Iran’s great leadership for another generation (or two), so we immediately took up the task. I am delighted to say that we have overcome the challenge with great success.”

Royan Institute’s head of biomedical research also stated that “never again will Iran be left at the mercy of Western imperialists who have, thus far, always had superior technology in all spheres of life, and particularly in medicine.”

“Let me tell you, this will shift the balance of power in Iran’s favor,” he added. “The Khamenei is no longer at risk of death; even if the original leader dies, there are clones who can replace him now. And I am proud to say that this is just the beginning. Soon, we will possess the technology to clone the most important people in Iran in a very short time.”

Asked to comment on the claims of Iranian scientists, U.S. Secretary of State John Kerry said: “Meh, Dolly the Sheep was more groundbreaking to me. I mean, we’ve got people working on bringing back J. Edgar Hoover, for God’s sake. Is that all? Call me when you have some real news.”