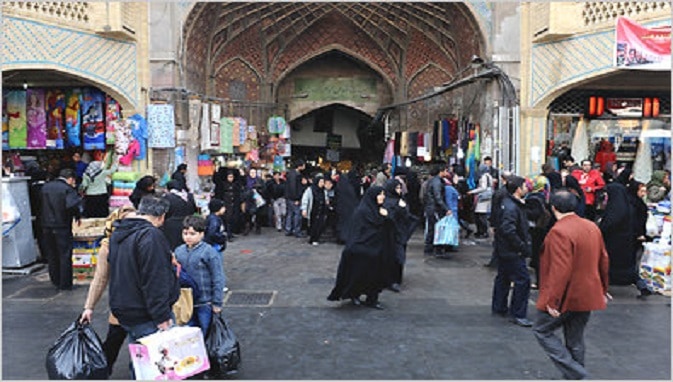 Iranian officials, during an emergency meeting of the UN Security Council, escalated their criticism of Saudi Arabia after at least 717 people were trampled to heaven near the holy city of Mecca last week.

Among those 717 recalled souls were approximately 130 Iranian pilgrims. It is believed among Muslims that dying while on pilgrimage to Mecca results in a soul being routed directly to heaven. Saudi Crown Prince Muhammad bin Nayef, who’s also the interior minister in charge of pilgrims’ safety, explained.

“Normally, when you die, you have to wait for the Day of the Way of Life,” bin Nayef said. “Then, as everyone knows, you have to cross a bridge that is as thin and sharp as a razor, and if you fall off the bridge, you land in hell. But if you sacrifice a goat while on pilgrimage, you can ride that goat across the bridge to the Lake of Abundance, and if you’re lucky enough to die while on pilgrimage, you get to bypass all that goat-riding-on-a-razor crap and go straight to heaven. So I don’t know what all this bitching is about.”

“Our complaints are two-fold,” General Ibrahim Raeesi of the Islamic Republic of Iran explained. “First, there was no forethought or planning involved here. I mean they sent Ramzi Pahlavi of Tehran to heaven when he was three years behind on his taxes, so now he’s up to his nipples in virgins and he owes us a lot of money!”

“You let a guy who owes you three years in back taxes go to Mecca?” bin Nayef asked. “You know people get trampled to heaven there every year, right?”

“And second,” Raeesi continued, “only 130? Out of 717? What are we, chopped liver?”
“You know those people who died, their wives died too, and they didn’t get any virgins.” bin Nayef said.
“We’re not exactly saving money on the virgins!” Raeesi shouted.

When asked whether he aspires to be trampled to death on pilgrimage, bin Nayef replied “Of course, who in their right mind wouldn’t want that? But alas, we never seem to have stampedes in the VIP section.”

Iran declared their intention to initiate legal action. “We’re not taking this to The Hague either,” Raeesi said. “We’re taking this directly to Allah. Charges will include operating an unlicensed spiritual recall center, socioeconomic discrimination in selecting candidates for the afterlife, and price gouging on hummus.”