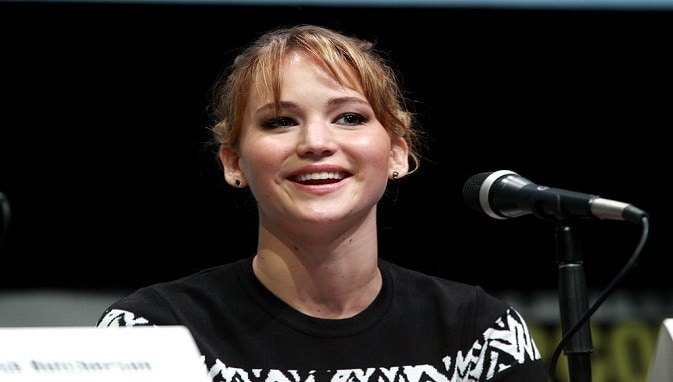 NEW YORK-Jennifer Lawrence, one of many actresses to have nude photos of her surface on the Internet this past August, spoke about the scandal for the first time. In the interview, set to be published in the November issue of Vogue, Lawrence says that she is the “victim of a sexual crime” and should be compensated $15 from each person who viewed the photos.

In late August, hundreds of celebrities of both genders—including Lawrence—had private photos they’d taken in the nude, or in suggestive poses, stolen from their phones and posted on the Internet. Since the mass hacking, the FBI has been trying to find the person or persons responsible for the theft. Lawrence’s demand represents the first time a celebrity has attempted to receive a royalty for the photos’ release.

In the interview, Lawrence tells Vogue: “Just because I’m a public figure… does not mean that I asked for this… It’s my body and it should be my choice, and the fact that it’s not my choice is absolutely disgusting. I can’t believe we live in a world like this where anyone with an Internet connection can see my breasts without having to pay $15.”

Lawrence then went on to say, “It is a sexual violation. It’s disgusting. The law needs to be changed, and we need to change…. That somebody can be sexually exploited and violated and not paid $15 for it is disgusting.”

Lawrence added, “anyone who viewed the photos is perpetuating a sex crime and is lucky I’m just asking for what they’d normally have to pay to see my—or any celebrity’s—private parts on the big screen.”

Fanny Castrix, Lawrence’s head lawyer, told Newslo that she would not rest until every man that saw his client’s photos paid the “poor girl” $15. “This is a sexual crime,” said Castrix, “there’s no way around it. In fact, your readers probably don’t know this, but just looking at a woman when she doesn’t want you to is a sexual crime. A woman’s body—even a famous woman’s body—is her own property and should only be fantasized about provided she is being compensated with at least the going rate of a movie ticket.”

Castrix finished the interview by pointing out how “absurd” it is  that we live in a world where a woman’s privacy could be invaded without reimbursement. “It’s almost as crazy as if we lived in a world where someone without much perceivable talent got to live a life of luxury while people in some other part of the world were dying rapidly of a curable disease… Hey! Did your eyes wander towards my breasts?! That’ll be $15, thank you!”