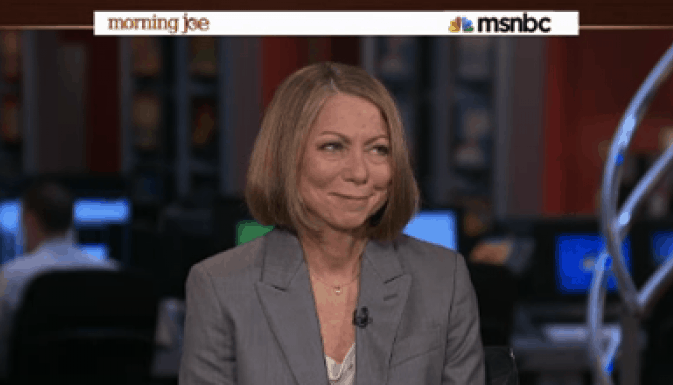 NEW YORK – Sources say that the recent firing of The New York Times executive editor Jill Abramson involved “more than just complaints about inadequate pay.” The paper’s publisher, Arthur Sulzberger Jr., was reportedly moved to replace Abramson after he became “fed up” with her “repeated menopausal outbursts” and “obsession with women’s issues.”

Abramson was abruptly dismissed Wednesday and replaced by Dean Baquet, the paper’s managing editor. The Times reported that Sulzberger, who also serves as the chairman of The New York Times Company, initially said that he made the decision because of an “issue with management in the newsroom.”

But on Thursday, several Times employees anonymously described the decision as “mostly based on Abramson’s possession of a vagina and her unwillingness to shut the hell up about it.”

“Arthur believed that Jill had become… unhinged,” recalled one Times reporter with knowledge of the situation. “She’d become a little fixated on being paid the same as her male predecessors, which Arthur chalked up to the menopause she was undoubtedly experiencing. And you just can’t have an executive editor losing control of their emotions like that.”

Other Times employees confirmed that Abramson and Sulzberger recently clashed over her compensation, which she believed was less than previous executive editors and based on her gender. A Times spokeswoman denied that Abramson was the victim of gender discrimination, but did admit that “no one likes a whiner.”

“Jill’s total compensation as executive editor was not meaningfully less than [her predecessor’s],” the spokeswoman said. “But we’re truly sorry if it wasn’t enough to cover the costs of her estrogen treatments.”

According to Ken Auletta, Sulzberger also “didn’t love” Abramson’s relatively high profile, her “rude” manner and the fact that she “has probably been leaving a trail of hot-flash sweat all around the office.”

By contrast, Sulzberger says he has “high hopes” for Baquet, Abramson’s replacement. “It’ll just be nice to chat while we’re side-by-side at the urinals,” Sulzberger tweeted Thursday. “Jill was apparently too good to have conversations over pee with me.”