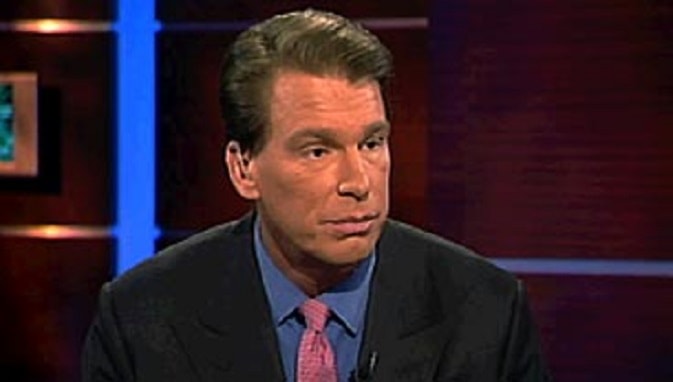 John Layfield: “No More Minimum Wage BS, Americans Have A Right To Slavery”

The $15 minimum wage is going into effect in several cities starting today, and the panel at Fox Business’ Varney & Co. were simply horrified by it. Speaking from Bermuda, panelist John Layfield explained that there is no minimum wage in the country and it’s an economic paradise where children work for tips. “There actually isn’t a minimum wage here, right now,” Layfield said. “You see some of these young kids – I run a program for at-risk kids – down, sacking groceries, about age 12, and they work off tips. So there isn’t actually a minimum wage here. And it actually works fine.”

“Therefore, I think we ought to stop with the minimum wage BS in our country as well,” Layfield continued. “Because, it’s the perfect example of a measure that’s meant to improve the position of the average American, when in reality, it’s doing way more harm than good. Employers are pressured to pay more money on salaries, whereas the $15 minimum barely keeps workers alive. We don’t need that in the States.”

“So, what do you propose instead?” panelist Elizabeth McDonald asked. Layfield replied, “What I’ve always proposed and what our country was built on.” “And what’s that? Freedom of choice?” she added. “Don’t be daft. In two words – voluntary slavery,” he argued. “If Americans want to feel like they have a choice, then they should feel that way. Because, there’s no worker like one who’s convinced that he’s making a killing and gets to keep his self-esteem while, in reality, he’s just making money for his employer. That’s the definition of an ideal employee.”

Asked to elaborate, the panelist stated that “what’s so great about America and, at the same time, the reason why so many other nations are envious of us, is the fact that people get to do whatever they want to do in our country. That’s what makes the United States the greatest country in the world. So, if people want to work for peanuts, they should be given the opportunity to do so. Because, we’re always on about how freedom is the right of all sentient beings. Well, so is the other side of that medal.”

While the other panelists were giving each other looks that were saying “Is he for real?”, Layfield continued. “Here’s what I mean. Let’s take African Americans as an example. Today there are more African Americans in prison than ever before, black on black crime rates are up and we’re nearing racial riots every time an arrest has to take place. I ask you, did we have any of that back in our cotton-picking days? No. And the reason why we didn’t have any of that is because black slaves were doing most of the picking. They didn’t have time to write rap music and wear 10-pound gemstone necklaces around their neck like they were conceived in a Swarovski factory. Things were better.”

“They were hard at work, helping to make this country greater. In return, slavery was abolished. And if you ask me, that’s when things went south for us, because we have deprived our population of a very significant choice in life. We can’t all be leaders, some of us were simply born to follow. And slavery is nature’s way of making sure nobody gets the wrong role. That’s what we need to bring back, not this minimum wage nonsense. A good whip and some old-fashion yelling is what I’m for,” he concluded.