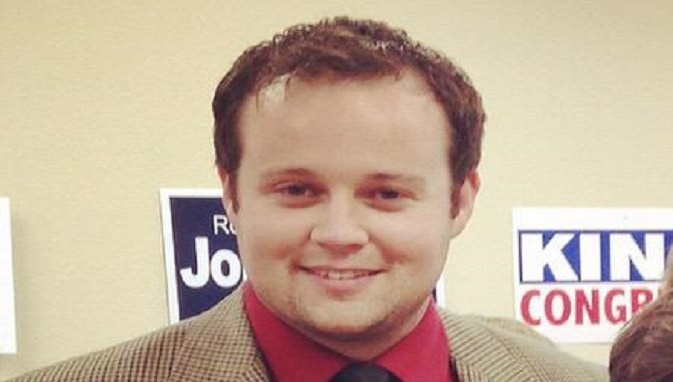 Josh Duggar: “I Didn’t Molest the Majority of my Sisters”

Further revelations about Josh Duggar have surfaced following news that he molested five underage girls, including four of his own sisters.
First, Duggar admitted to a pornography addiction after it was revealed that he’d spent just under a thousand dollars on the infidelity service Ashley Madison. Fans of the Duggar Douchebucket were shocked to learn that he not only paid the monthly fee, but also an extra two hundred and fifty church-donated dollars for a “guaranteed affair,” a service provided by the website precisely for the sort of pudgy pedophile who can’t get laid despite being a wealthy and politically connected member of one of the most notoriously perverted Quiverfull baby mills.

Finally, he confessed to maintaining a secret Facebook page in order to keep in touch with strippers in his hometown, an OKCupid account for hookups while traveling, and various other social media accounts for the express purpose of “Duggaring” women other than his wife.

“You got me,” Duggar admitted when confronted with the disparity between his message and his lifestyle. “I’ve been using money donated by faithful Christians to score squish for years now.” He went on to boast about the many partners he’d had over the years, pointing out that, aside from his four siblings and a neighbor child, most of the people he’d slept with were willing participants, and some of them didn’t even look very much like his sisters.

“But they were all white,” he remarked. “Not for lack of trying, but Blacks won’t go near me and Asians all say I smell like mayonnaise.”
He pointed out however that, despite his many hypocrisies, like calling liberals liars and gays pedophiles, there are many things he hasn’t done. “I’ve never had sex with an animal while it was still alive,” he proudly declared. “And I’ve never hit a man,” he said as he showed reporters his soft, unsullied hands. “And I might also remind you that I have a total of nine sisters, which means I’ve technically molested fewer than fifty percent of them.”

But when asked how these recent revelations might affect his position in his church, he calmly shrugged his shoulders and said it was a moot point. “I’m retiring from all of that,” he declared. “I was in it for the submissive women and the forgive-and-forget culture that shamed victims into remaining silent about the humiliation and abuse they suffered at my hands. But now that I’ve made my money and got my honey, I’m giving up the pimping game.”

We asked him what he’ll do if his future business plans fail or if he falls on hard times. “I’ll just go back to the church, apologize, and ask for forgiveness. They’ll take me in because, if they don’t, they’re afraid they’ll go to hell. It’s the greatest scam ever!”