MONTGOMERY, Ala.— As Judge Mark E. Fuller explains it, the best defense is a strong offense. His offense: strong-arming his wife, Kelli Fuller, after she confronted him in August with suspicions that he had been unfaithful. Now his defense team is fighting for leniency in the face of a two-hearing suspension designed to allow time for Judge Fuller to “cool off” and provide his wife “the opportunity to apologize for her mistrustful behavior.”

“I deeply regret this incident and look forward to working to resolve these difficulties with my family, where they should be resolved,” said Judge Fuller in a statement. “What is clear is that my wife needs space to think about how she can begin to repair the reputational damage she caused me.”

Before he accepts an apology from his wife, Judge Fuller suggested that “Kelli needs to work on her own issues first,” presumably referring to the visible lacerations to her mouth and forehead noted in the police report.

Judge Fuller went on to say, “Kelli and I had a long talk, and she’s adamant that I not be at home right now. Suspending me from court would leave me no option but to ferment my marital strife with a bottle of Jack Daniels in the den.”

Terri Sewell—a Democrat representing the state of Alabama, which includes the district over which Fuller presides—sees it differently. Said Sewell, “If an NFL player can lose his job because of domestic violence, then a federal judge should definitely not be allowed to keep his lifetime appointment to the federal bench.”

After taking more than a month to “gauge public opinion” over judge Fuller’s behavior, some state politicians even have come to the conclusion that Fuller should resign, so as to protect the judicial system from “a public relations nightmare.”

Rep. Marlin Richards noted, “I have to thank TMZ, Ray Rice, and [NFL] Commissioner Goodell for bringing the issue of domestic violence perpetrated by public figures to the fore. Without heroes like them to stir public outcry, we probably would’ve turned a blind eye to this whole Judge Fuller affair.”

Still, removing a judge from the bench by force can be difficult—if not impossible—for abuses not directly related to court proceedings, even after felony convictions.

For now, the commissioner of U.S. Court of Appeals for the 11th Circuit has indicated that criminal offenders who wish to return their sentences issued by Judge Fuller are entitled to a retrial or a free pizza, whichever is given less value. 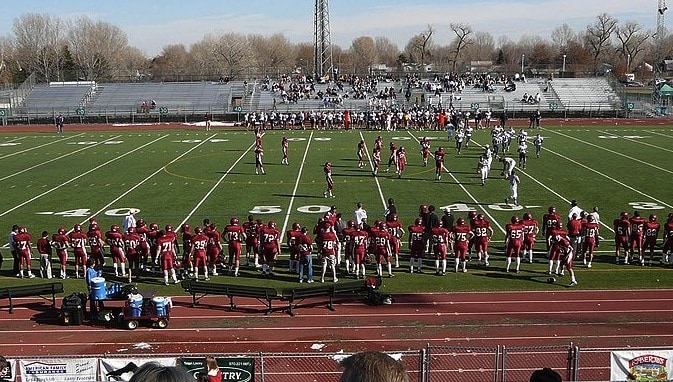 GOP Rep.: ‘ISIS Will Force the NFL to Play in Burqas If We Don’t Act’