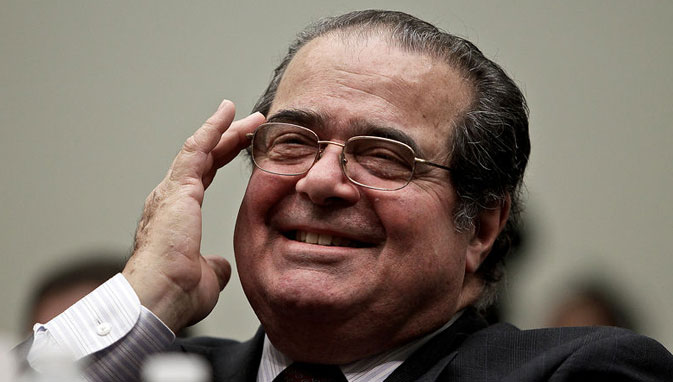 Washington, D.C. – It would appear that black students don’t matter to conservative Justice Antonin Scalia, who seemed to call their abilities into question during oral arguments on Wednesday in Fisher v. University of Texas, a contentious affirmative action case. “There are those who contend that it does not benefit African-Americans to get them into the University of Texas, where they do not do well,” Scalia said, “as opposed to having them go to a less-advanced school…a slower-track school where they do well.”

“Simply put, when you have a student population that does well when it comes to coping with the often very demanding and exhausting core curriculum, that means that despite a particular school is challenging, the students are smart enough to combine hard work with good organizational skills. On the other hand, when you have a university whose students are mediocre at best, there is clearly something wrong with either the curriculum or the students themselves. And since U.S. universities are some of the best in the world, the conclusion is obvious,” Scalia also said.

He added: “And in the case of the University of Texas, it is clear that African-American students just aren’t capable of coping with everything that’s asked of them, at least not as well as white students are. And as a result, we today have a situation in which the University of Texas’ reputation is downgraded. The school is being labeled as one that puts impossible demands before its students, which is why less and less high school graduates opt for this pristine institution. So, you see, the innate intellectual challenges of black people are hurting the reputation of a highly-respected educational institution, and all because we’re under the impression that all men were created equal.”

The conservative justice also stated that he “does not mean to sound racist, but some things need to be said out loud in order to be understood clearly,” right before saying that “no matter how hard we pretend not to see it, the truth is that black people just aren’t as intellectually capable as white people.” He added that “the sooner we realize that that’s not something bad, that it’s just something different and that that’s how we need to treat it, we’ll be back on track.”

“Besides, nature has a way of creating a balance where the more intelligent beings are on top of the food chain. That’s why we had slavery, after all,” Justice Scalia added.

Scalia was engaging former U.S. Solicitor General Gregory Garre, who is now representing the University of Texas at Austin as the school defends its ongoing consideration of race as one of many factors in its admissions program. Pointing to a brief the court received before oral arguments, Scalia noted “most of the black scientists in this country don’t come from schools like the University of Texas.” Garre tried to interject, but the justice continued. “They come from lesser schools where they do not feel that…they’re being pushed ahead in classes that are too fast for them,” Scalia concluded.