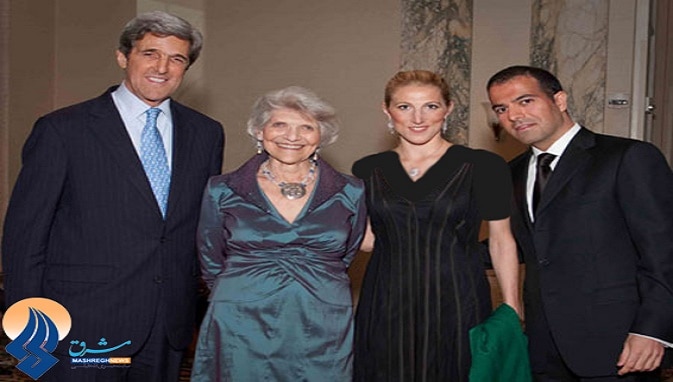 Kerry: “Only I Should Have Permission To Send Private Letters To Iran’s Leaders…Well, Me And My Son-In-Law”

“Washington, D.C. – John Kerry, US Secretary of State, slammed a letter on Wednesday 47 Republican senators wrote recently to Iran’s leaders. Kerry, who served for nearly three decades as a senator, told a Senate Foreign Relations Committee hearing that he greeted the letter with “utter disbelief,” calling it factually incorrect and a breach of “more than two centuries of precedent.”

“Kerry said: “It purports to tell the world that if you want to have any confidence in your dealings with America, they have to negotiate with 535 members of Congress. That is a profoundly bad suggestion to make, in addition to being untrue.”

“Democratic Sen. Chris Murphy of Connecticut set Kerry up to address the letter, asking him to explain its impact, and Kerry took five minutes answering the question while glancing at what appeared to be prepared remarks. As he wrapped up, Sen. Bob Corker, the chairman of the committee and author of legislation that would require Congress to approve any deal with Iran, cut Kerry off, ending what the senator called “a well-written speech.”

“Kerry insisted by repeating “This is not a speech.” But Corker again cut in and said Congress must weigh in on any deal with Iran, saying that he was “very disappointed” with Kerry. Sen. Tom Cotton, a freshman Republican from Arkansas, penned the letter to Iran’s leaders, which asserted that a lasting agreement would need congressional support. Cotton wasn’t shy about his attempts to undermine the Obama administration’s negotiations with Iran and said Tuesday the letter is “about stopping Iran from getting a nuclear deal.”

“But Kerry insisted that Cotton’s letter stemmed from the false premise that any agreement brokered with Iran would be legally binding, though the letter doesn’t use that language. Kerry said, “We’re not negotiating a legally binding plan,” pointing out that an eventual agreement would have the same power as the “thousands of executive agreements between the US and foreign countries that Congress has not approved.

The Secretary of State exclusively told Newslo: “It’s shameful that US Senators allow themselves to take charge of matters that require silent strength. Sending a private letter to the leaders of a foreign country could have multiple negative repercussions for the US, not to mention the fact that our great country’s reputation would be forever muddied and ridiculed. In fact, I believe, for the time being and in our country’s best interest, I should be the only one who should communicate with the leaders of Iran; of course, my son-in-law would also be present in the matter, as he is in the know about how things work in his homeland. After all, birds of a feather flock together.”