Having apparently missed the memo last September, sources say the supreme leader expressed shock and outrage after discovering that the show had been cancelled.

The dictator has been showing increased interest in American pop culture as of late. On Wednesday, a spokesman for the regime promised a “resolute and merciless response” if the U.S. did not ban the James Franco / Seth Rogen comedy “The Interview” from theaters.

The film, which is scheduled for release on October 12, tells the story of two talk show hosts who are recruited to assassinate Kim Jong Un.

Asked why the regime felt such harsh words were necessary, an official close to the despot said, “Dear Leader will never join the ‘Don’t Cancel True Blood’ Facebook group, nor will he sign the Change.org petition. Such actions would be shameful signs of weakness, and are not becoming of the true sanity of DPRK, which does not express mental unawareness or confusion.”

The spokesman went on to say that the “full force of DPRK’s illustrious muscularity will be utilized” if the show did not continue, declining to explain what, exactly, he meant by that.

The regime also had a few suggestions for the show’s writers. “Lafayette really needs to be turned,” said the spokesman. “No other bitch on that show expresses such excellent ferocity as La-La. Girl would make a damn fine fanger.”

“And what’s up with Tara?” he continued. “A character with such furniture-like depth and verbose tentacles of expression simply deserves more.”

The representative then reiterated Kim’s firm position on the matter. “The foul dogs who hold HBO’s sacred reigns of programming are nothing but spiteful, horrendous slime from the bowels of crying children. If Pam, Bill and Sookie are not brought back in 2015, precious ruler will not hesitate to unleash his mighty venom upon the stinking rodents of the West.” 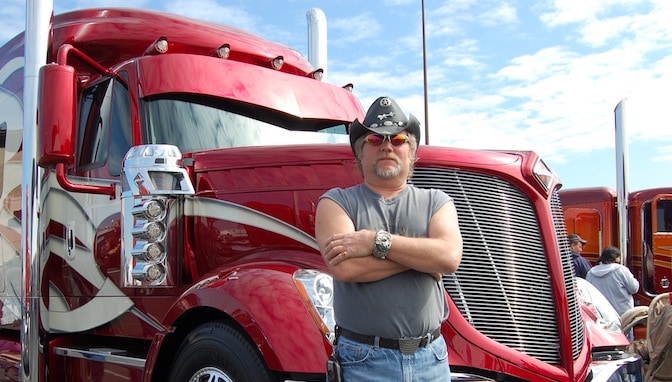 Truckers to Federal Government: ‘Keep Your Laws off My Body’