“Washington, D.C. – It would appear that President Obama’s “White House ship” is starting to let in water. Apparently, Obama’s administration is starting to fall apart at the seams, and many say that it has to do with the fact that the current US president is now entering his seventh year as head of one of the most powerful countries in the world.

“One of the latest scandals (that Newslo has reported about) has to do with an unnamed senior official of the Obama administration referring to the Prime Minister of Israel, Benjamin Netanyahu, as “chickensh*t”. Although the Republicans harshly protested against such an act in the Senate, the Democrats have dissociated themselves from the official in question, stating that “the remark does not reflect the administration views”.

” This is just one of many scandals of the so-called “no drama Obama” administration, and the situation is changing rapidly.

Namely, an undisclosed source in the White House says that “the recent increase in scandalous language and behavior of the Obama administration has to do with the fact that the members of the President’s team are suffering from extreme fatigue coupled with pain in their jaws and lips. The President is also reported to have severe medical issues from bending over frequently, as much as 70 times a day.”

Newslo’s source in the White House has also said that the frequent visits of various medical personnel to the White House are directly linked with Obama team’s ass-kissing appetites.

“Taking a knee and smooching Obama’s bony behind might sound simple; it actually is, provided you do it only once or twice a day. But, when you consider the fact that the President’s team has made a habit out of apologizing and getting virtually everything else done by “Frenching” the President’s butt, that entails getting a full-on workout. Let me put it this way – doing 70 squats a day might sound ok; but, combine that with kissing the ass of one of the most important people on the planet, and you get a visit to the hospital every other week. In fact, that might explain why the Obama team has awesome medical insurance”, the source concluded. 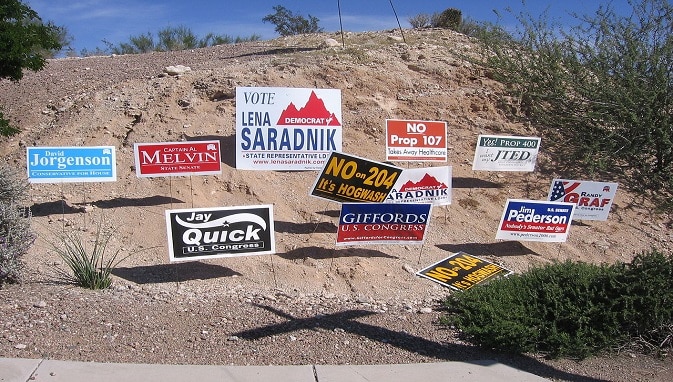 Arizona Democrat Begging In The Streets To Fund Gubernatorial Campaign