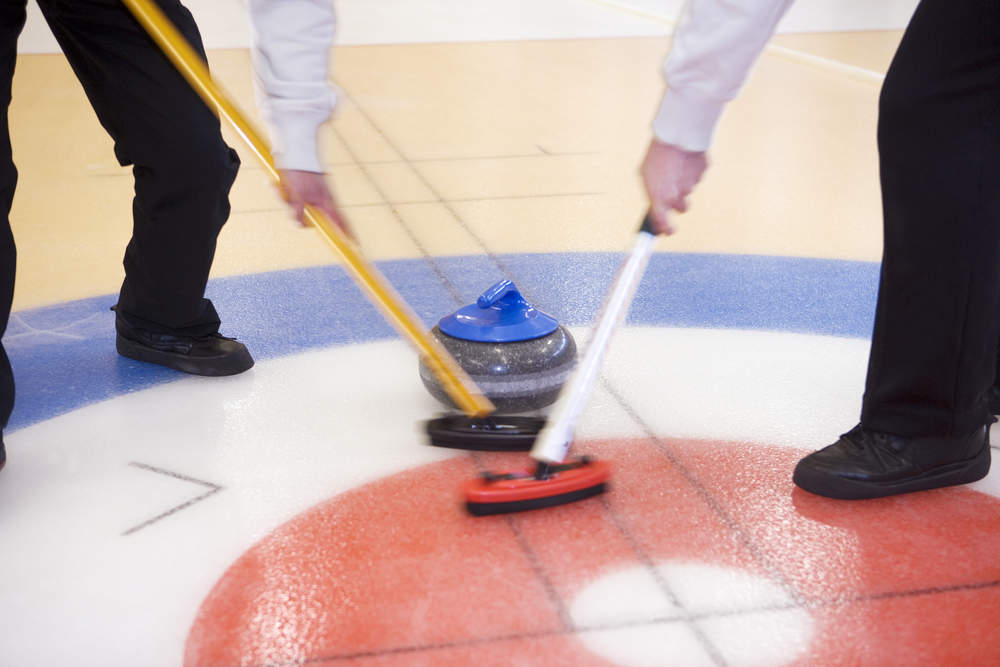 BOSTON — The National Hockey League’s recent announcement canceling all NHL games through December 30 has forced a number of professional hockey players to turn to the sport of curling to make a living.

“There’s something about a biter on swingy ice in an extra end that gets my juices going!” Said San Jose Sharks left wing Frazer McLaren, a closet curling enthusiast now out in the open. “This lock-out has been a God-send.”

In the past few months, more and more NHL regulars have found their true calling between the hog line and the backline. A recent bonspiel featured Anaheim Ducks right wing Andrew Gordon sweeping ice as Montreal Canadiens center Andrea Engqvist delivered a stone under the watchful eye of Calgary Flames goalie Leland Irving, acting as skip.

“There’s a majesty to curling you just don’t get in the NHL,” said Minnesota Wild right wing Jed Ortmeyer. “When a double takeout flips the balance of power, it’s too beautiful for words. What has hockey got, anyway? A slapshot? Please.”

The influx of professional hockey players into the sport has had both positive and negative consequences. “All the attention we’ve been getting lately has been great for business, no doubt,” said World Curling Federation President Kate Caithness, pointing to new sponsorship deals with Under Armour, ThermaCare, and Yuengling Brewery. “But some of our new curlers play a more contact-oriented game than we’re used to.”

A recent altercation between New York Rangers defensive player Stu Bickel and Colorado Avalanche left wing Cody McLeod has the curling world stunned. The incident arose after Bickel delivered a heavy hammer in the third end that bounced off the bumper and crashed into McLeod’s foot, shocking the dozens of curling fans in attendance.

“I think Stu forgot we weren’t wearing helmets when he hit Cody over the head with the stone,” said Philadelphia Flyers center Maxime Talbot who witnessed the incident. “I’d never actually seen brains on the ice before, but props to Cody for getting right back up and calling a burned stone before passing out and being rushed to the hospital.”