A Canadian working class mom with six kids, Sharon Tirabassi hit it big with nearly $11 million in lottery winnings in 2004. Wanting to create a better life for her family, she made a series of shrewd investments to ensure financial stability for the rest of her life.

Actually, she spent the money on a tricked out SUV and exotic vacations. She now works part-time and rides the bus to work.

Robert and Lara were a picturesque British Couple before winning the lottery. Then they won a $2.76 million jackpot. This couple, who barely ever had an argument, were able to buy a luxurious new home and a Porsche.

But they weren’t able to stay together. Robert left Lara a year ago, and then their house caught on fire rendering both of them alone and impoverished.

The odds of winning a big lottery once are astronomical. Evelyn Adams was certainly fortunate when she amazingly took home a $5 million lottery prize twice in the 1980s. The New Jersey native had all the luck.

But, she was less lucky at the roulette table. She gambled away the entirety of her fortune at Atlantic city casinos and currently resides in a trailer park.

Billy Bob Harrell Jr. was a Pentecostal preacher and a stockman at Home Depot. When he won $31 million in the lottery in 1997, he said that God finally answered his prayers. It was an amazing triumph of faith that would lead to lasting security.

But God works in mysterious ways. Harrell’s inability to control his finances led to his divorce and eventual suicide.

If it is a rags-to-riches story you are looking for, look no further than Michael Carrol. This British sanitation engineer was able to quit his job in 2002 after winning $15 million. Perhaps, money can buy happiness.

But it can also buy cocaine and prostitutes. Carroll spent the entirety of his winnings on drugs, call girls and lavish parties. He is now, once again, a garbage man.

William Post was a suburban resident of Pittsbugh, PA when he won a lottery jackpot worth $16.2 million dollars. His prayers were answered, and he refused to spend the money on fast cars and fancy parties. Instead, he wanted to help the family and friends who had always been so supportive. It was a classic American story of success.

That is until those supportive loved-ones sued him and even hired a hit man to try and murder him. He was $1 million in debt within a year, and now lives on a small monthly stipend and food stamps.

In 1989, Willie Hurt escaped a life of poverty when he took home a $3 million lottery jackpot. After all the grief he had been through, he was now a wealthy man who could easily support his family. Winning the lottery would lead to years of happiness and contentment.

Two years, that is. By the end of 1991, Hurt was divorced, lost his children and was spending his money on his addiction to crack. His big prize was gone entirely after being charged with attempted murder.

Ibi Roncailoli was a typical resident of Ontario, Canada. That is, until she won $5 million in the lottery. Apparently she was a loving and caring mother because her biggest expenditure was $2 million she gave to her son.

Unfortunately, this was a lovechild who her husband did not know about. When he became aware that so much money had gone to another man’s child, he poisoned Ibi and remains in prison for manslaughter.

Janite is an immigrant from South Korea who made a living as a wigmaker. While living in St. Louis, she won $18 million. With her money, she even got a reading room dedicated to her at Washington University. It was the American dream come true for one immigrant.

Until her generosity (and a light addiction to gambling) got the best of her. She filed for personal bankruptcy in 2001.

Every man wants to provide his wife with the wedding of her dreams. After Welshman Luke Pittard took home $1.9 million in the lottery, he was able to give his wife the most luxurious wedding she could imagine and a honeymoon in the Canary Islands.

And that was pretty much it. In just a year and a half, Pittard drained the entire prize and now an employee at a local McDonald’s.

As anyone can plainly see, no matter how many ways  the media tries to instill the “money can’t buy happiness” narrative, many  lottery winners make their wildest dreams come true. With determination and a fair amount of luck, anyone can join this fine group of inspiring lottery success stories.

Full Disclosure:  I myself have bought lottery tickets for tonight, in hopes of ruining every aspect of my life like these people. 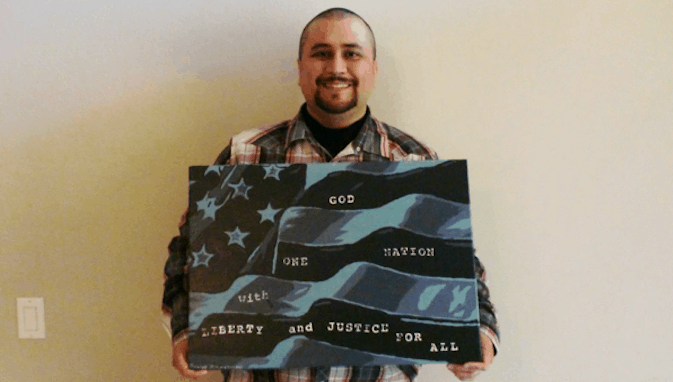