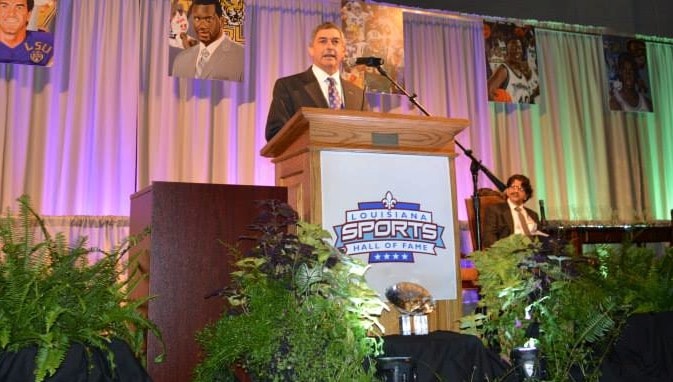 BATON ROUGE, La. – Louisiana Lieutenant Governor Jay Dardenne today offered to cede control of his state to the cast of “Duck Dynasty,” whom Dardenne called “beacons of hope for Real America” and “more fit to govern than myself or any of my colleagues.”

Dardenne, whose primary concern as lt. governor has been to promote the tourism and film industries in his state, offered control of Louisiana to the “Duck Dynasty” cast—composed largely of the Robertson family—in a letter mailed late last week. In it, Dardenne says that he was “appalled” to hear that the family’s patriarch, Phil Robertson, had been suspended from appearing on the show after he was quoted in GQ equating gay sex to bestiality and making other inflammatory comments about homosexuality and race.

Dardenne wrote that “Duck Dynasty” has been “an important representation of the state of Louisiana.” “It’s a shame that, in America, you can’t say what you want without experiencing this kind of blowback,” Dardenne continued. “But I and millions of others appreciate your views, and believe you represent the values that comprise Real America.”

Indeed, since Robertson’s suspension, hundreds of thousands of Americans have joined groups formed to protest the decision and support Robertson—such as IStandWithPhil.com—and the 67-yeard old has received public support from figures such as Bristol Palin, Gov. Bobby Jindal and the Westboro Baptist Church.

Dardenne also pledged that, if A&E decides to cancel “Duck Dynasty” altogether, he would use the power of his office to ensure that the show stays on the air.

“However, if you’re sick of being in show business—and who would blame you, after this ordeal?—I’d like to officially invite you to take control of the Louisiana state government,” Dardenne wrote. “You and your kin built a juggernaut of a business, starred in an incredibly popular show, and show a deep respect for the Bible, even its ‘politically incorrect’ parts. All of this makes you the perfect family to guide Louisiana.”

Since the contents of his letter became public, Dardenne has been forced to explain his unorthodox offer, and over the weekend he attempted to persuade the public that letting the Robertson family preside over the state would solve a “major problem in America right now.”

“Look at it this way,” Dardenne told reporters Sunday afternoon. “If Phil Robertson is given control of Louisiana, then his views on homosexuality and race will actually be important, and everyone on Facebook can rest easy that they haven’t spent the last week ranting and arguing over something that doesn’t matter, at all.”