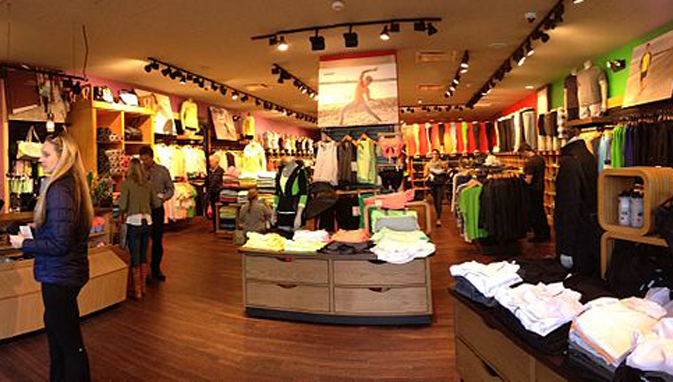 VANCOUVER, Canada — Lululemon Athletica Inc., the creator of popular yoga-inspired gear, is recalling a line of its workout pants due to an issue with the appearance of the fabric. The new line, accounting for 17 percent of the company’s pants inventory, has raised complaints among consumers who say the pants look “too much like comedian Paul Scheer.”

“We regret any inconvenience this has caused our loyal patrons,” Lululemon CEO Christine Day said in a statement. “Quality is our first priority. It is never our intention to let our guests down, and we will not allow our pants to resemble the co-star of the underrated TV show The League.”

Day’s statement concluded by explaining, “In the past, we have experimented with varying degrees of Paul Scheer-ness to afford our pants their trademark comfort, flexibility and aesthetic that says, ‘You can count on me to provide a laugh but in an unexpected way.’ We want our pants to turn heads, to cause people on the street to say, ‘Didn’t I see that person on 30 Rock?’ Regardless, there needs to be a balance, and unlike funny bones whenever Paul Scheer is around, we did not strike it.”

Based in Vancouver, British Columbia, Lululemon recently lowered its first-quarter revenue forecast in response to the recall. Among stores in the United States, Lululemon ranks behind only Coach, Tiffany and Apple in terms of profitability.

Paul Scheer has a trademark gap between his two front teeth and appeared in 2006’s School for Scoundrels.

For customers unhappy with the pants, Lululemon is offering full refunds or exchanges. However, it would appear the Lululemon faithful are not accepting the apology so quickly. Carolyn Beauchesne, author of the blog “Lululemon Addict,” penned a missive calling for Day to be fired. “Day has ruined everything special about Lululemon. The bulletproof quality, the fit, the femininity, the lululemoness of the product,” said Beauchesne. “Who the fuck wants a picture of Paul Scheer on their ass while they do downward facing dog?”