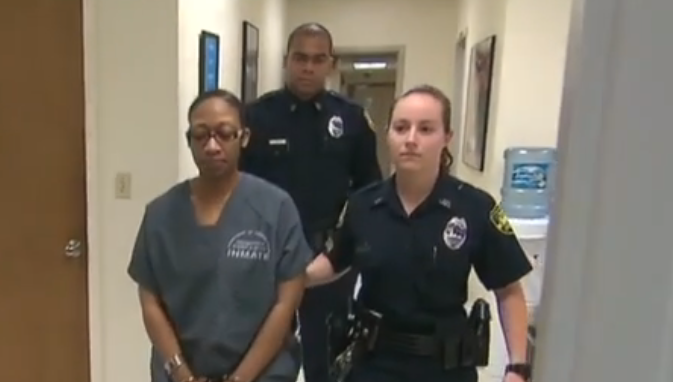 Black Woman Hoping to Get White Guy Verdict in Retrial

TALLAHASSEE, Fla. – Marissa Alexander, an African-American woman currently serving 20 years in prison for discharging a firearm harmlessly into the ceiling in an altercation against her ex-husband, was granted a new trial this week by the 1st District Court of Appeal. The news came as a relief to Alexander, who said she had high hopes that this time around she would receive the ‘White Guy verdict’ and be set free.

Alexander, who had no prior criminal record before the 2010 altercation, claimed she fired the gun into the ceiling as a warning shot to scare off her estranged ex, against whom she had a restraining order. However, her attempt to plead Florida’s controversial Stand Your Ground law was rejected by the Court, and the jury found her guilty of aggravated assault with a deadly weapon in 12 minutes.

Benjamin Jealous, President and CEO of the NAACP, welcomed the chance at a new trial for Ms. Alexander. “We feel an injustice was done when Marissa was first sentenced,” he said. “Now, with all eyes on the case, we feel she has a very good chance at getting some of the criminal justice system’s sweet White Guy Leniency.”

Opponents of Florida’s Stand Your Ground laws pointed to Alexander’s case during the trial of George Zimmerman as an example of the racial disparity inherent in the system. This claim was heavily refuted by State Attorney Angela Corey, who served as prosecutor in both the Zimmerman and Alexander trials. “People are grasping at straws when they try to make this about race,” she said. “Each case was different, and I prosecuted each to the best of my abilities. What made George [Zimmerman]’s case so much more difficult to prosecute was that he a light-skinned man protecting the sanctity of his neighborhood by shooting and killing an unarmed, dark-skinned child after being told multiple times to leave the child alone by authority figures, whereas Marissa [Alexander] was a black woman with a gun. That was a no-brainer.”

In ordering a retrial, Judge Robert Benton said the judge handling Alexander’s original case did not properly instruct the jury regarding what is needed to prove self-defense. “In the original jury instructions, the judge wrote that one of the things the defendant must prove in order to claim self-defense is that they are white,” explained Judge Benton. “Upon further review, we believe this may not have been entirely accurate.”

Alexander is looking forward to her new trial, and believes that she has a very good chance at getting the White Guy Verdict she feels she deserves. “One thing I have going for me is that my ex-husband is arguably more black than I am,” she explained. “I think if I can show the jury a direct side-by-side comparison of the color of our skin, it will make it easier for them to view me as white, and therefore more deserving of being found not guilty.”