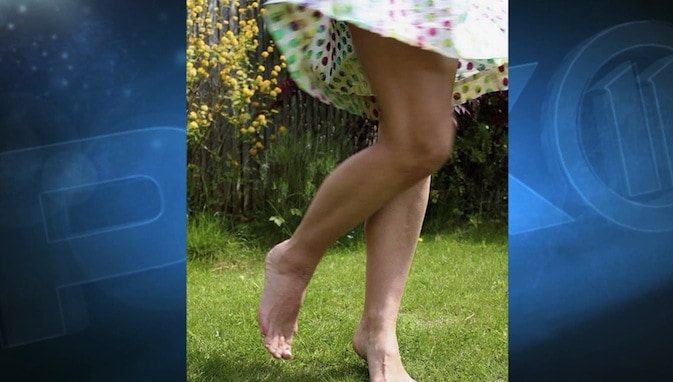 BOSTON – A new bill set to be signed into law by Massachusetts governor Deval Patrick will make it a crime to “sketch, draw, paint or otherwise depict exposed female ankles.” The bill, sponsored by Republican Assemblyman Chuck DeVore, was pushed through the state legislature with outspoken support from the Massachusetts Puritan community, and follows an earlier bill banning “upskirt” photography.

DeVore said that the bill represents a “step forward, as well as a significant step back.

“We live in a world dominated by sex and lust,” DeVore explained. “It’s time to bring Massachusetts back to the good old days, when people kept their sexy, sinful ankles hidden.”

Under the new law, sketching a woman’s ankles could earn the artist a two-year prison term, plus a $10,000 fine. Critics of the legislation admit that they “should have seen it coming” after another bill, passed earlier this month, banned Massachusetts residents from taking “upskirt” and other intimate photos or videos of people without their knowledge.

“The upskirt law had already mortally wounded Massachusetts, and this new one just killed it,” said U.S. Sen. Ed Markey, who noted that the upskirt bill was pushed through the legislature “hastily” after a state court ruled that current laws don’t protect against this type of photography. “Who would want to live in a state where you can’t snatch a couple pics of a woman’s underwear while you’re on the train? And now they’re taking away ankle sketches—the only masturbatory material we had left. This time, the Puritans have gone too far.”

“There’s a time and a place for ankles to see the light of day, and that place is the bathroom, in the few seconds between stepping out of the shower and lacing up your boots,” said Puritan pastor Eli Houndsworth, whose congregation of eighteen members is based in Everett. “Anything more is an affront to the Lord, and this law is finally recognizing that.”

The Puritans, who have spent the last several centuries in relative obscurity, see another, more self-interested benefit of the law. “The best part of all this is that people are finally realizing we still exist,” noted Houndsworth. “People think we died off like the dodo or the Indians, but we’re still here, and we still hate skin.”