NEW YORK — Fresh on the heels of proposing that cigarettes carry a high minimum per-pack price and also not be visibly displayed in stores, Mayor Bloomberg today upped the ante and ordered vendors to “hide” the cigarettes somewhere in the store and give customers two minutes to find them.

“If smokers can’t sniff out where the cigarettes are hidden in two minutes, then there’s no sale,” Bloomberg announced.

Bloomberg said that the plan would have residual health effects, because the two minutes of frantic scurrying by smokers will cause many of them to lose their breath, making them take notice of how badly smoking has damaged their pulmonary health.

“Also, they’ll get two minutes of exercise, with bending and stretching, while they’re looking for the packs,” Bloomberg added.

Responding to complaints from store owners that this didn’t leave many places left to put them, a spokesman for the mayor said, “They can store them under floorboards, in ceiling fixtures, inside a wall safe. Lots of places!”

The NYPD came out against the mayor’s plan, saying that inviting rabid smokers to frantically rummage through the store and upend merchandise in the search for cigarettes would likely precipitate vandalism and theft.

The mayor released a succinct statement in response: “You can complain all you want, but I’m just going to keep making it harder and harder to smoke in this city. At some point, smokers and vendors will finally say, ‘You win, Bloomberg. I can’t take it anymore! I quit!’ That’s the day when all New Yorkers, including those ingrates who don’t know what’s good for them, will breathe easier.” 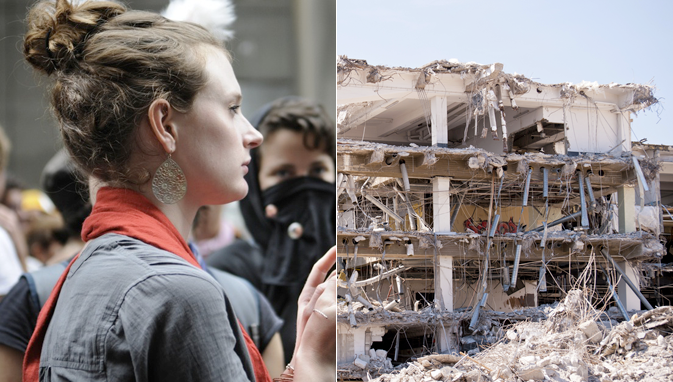