DENVER – After missing sales expectations for six of the last eight quarters, McDonald’s has been scrambling to come up with answers, but the solution, according to CEO Don Thompson, may lie in the Schedule I psychoactive substance that encourages many people to actually consume McDonald’s food: cannabis.

Thompson has cited a need for the company to revamp its approach in key markets, such as Germany, Australia, Japan, and the United States, all of which have seen a decrease in demand for McDonald’s. During a conference call, Thompson revealed plans to redesign their kitchens to make them look more like Chipotle, a Mexican chain in which McDonald’s was once a chief investor. He also confirmed rumors that the company has been testing the use of cannabis-infused breakfast products on a new McWake ‘n Bake menu.

“If we can get our customers stoned really early in the day, the hope is that when they inevitably get hungry again, they’ll come back to McDonald’s for a second, third, or even fourth meal later in the day,” said Thompson during the call. “You can potentially get them into a cycle where their entire day is spent consuming marijuana and McDonald’s food.”

“You get them high first thing in the morning, and they’ll most likely just hang out and play video games until lunch, at which point they’ll go back to McDonald’s because they’ll be too lazy to put on pants and we have a drive-thru.”

The McWake ‘n Bake menu has been tested at select stores in Colorado, where marijuana is legal for recreational use. The menu becomes available at 4:20 a.m. and features items like the Blazin’ Breakfast Bagel, Hash Greens, and the Sausage Fatty, a comically oversized breakfast burrito jam-packed with enough cannabis to “tranquilize Bob Marley and his entire band.”

The company is currently focus testing new cartoon characters to go along with the launch of the McWake ‘n Bake menu. One such concept is Delroy McDonald, who was envisaged as Ronald’s Jamaican cousin. Other potential concepts include Frosty McBlunt, a cigar-smoking shake, and Parnabus Green, a wizard.

After the conference call, Thompson spoke with reporters and expanded on future plans for the new menu items. He said the company plans to launch the menu with promotional black light posters being offered during the initial release, which is scheduled for April 20 of next year.

While the idea of cannabis-infused fast food is popular among many groups, mainly millennials, some anti-drug groups seem poised to ruin their chill buzz. Drugfree.org CEO Steve Pasierb says that offering mind-altering drugs at fast food restaurants would set “a bad precedent” for the rest of the country. 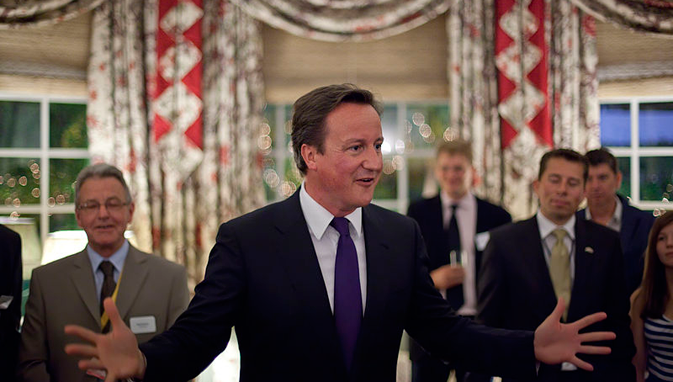 Trump Accuses Obama of Walking Like a Black Man