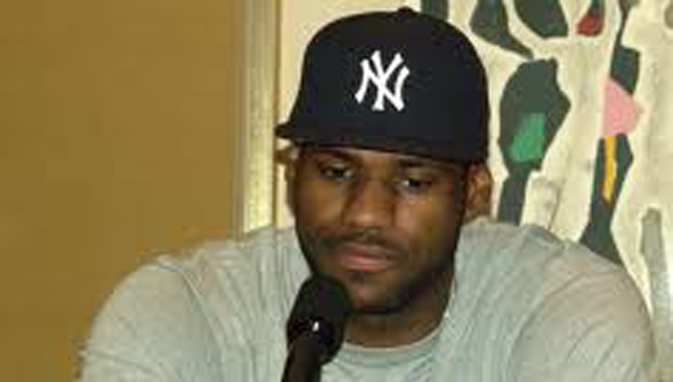 MIAMI — The victory parade for back-to back NBA champions the Miami Heat came to an abrupt halt yesterday as the team elected to leave early in an effort to ‘beat the traffic’, a move that both disappointed and impressed the thousands of fans lining up to see their heroes.

Claiming that they got the idea when droves of people were seen leaving Game 6 of the Finals, before the Heat made a stunning comeback, star guard and Finals MVP LeBron James seemed confident that if anyone would understand bailing on an event for personal convenience, it would be Heat fans.  “What up Miami!” said James from his float, to the roars of the crowd.  “We’re real proud all y’all came to congratulate us.  And seeing all you out here tells me two things – you got our back, and I got another 90 minutes minimum on my ride home if I don’t leave right now.  Peace!” With that he got off the float and left.

Chris Bosh, who upbraided Heat fans for leaving Game 6 early, changed his tune after 30 minutes on the parade route.  “Maybe I jumped the gun” said Bosh, who noted that if the Heat had known that they would have to stand around in the beating sun in the middle of the day in Miami in June, they would have intentionally lost the series.

Though it did end early, parade-goers still had a great time.  Brian Alvarez was there with his friends as they sought out a glimpse of the champs.  “I’ve been with this franchise since it started in 2010” said Alvarez.  “And it’s great to see ‘Bron, D-Wade, and the other not-Lebrons-or-Wades. And the crazy white guy, too.”

Though the move to skip out on the parade is unprecedented, it is not being widely criticized.  “Everyone got real excited when rumor starting spreading that Lebron was about to drive the lane – right out here!” said self-proclaimed diehard fan Eric Iovano. “Turns out he had hopped into a Hummer and drove away down Boca Lane.  From there it’s a quick two blocks to I-95.  Awesome move, brah.  That’s why he’s the King.  But even though he left I’m sure he knows that Heat fans are always here to support the team if they are doing well and we feel like it.”

At the American Airlines Arena, the parade’s destination, mayor Tomas Reglalado and other dignitaries are reportedly still waiting with keys to the city, wondering where everyone has gone.