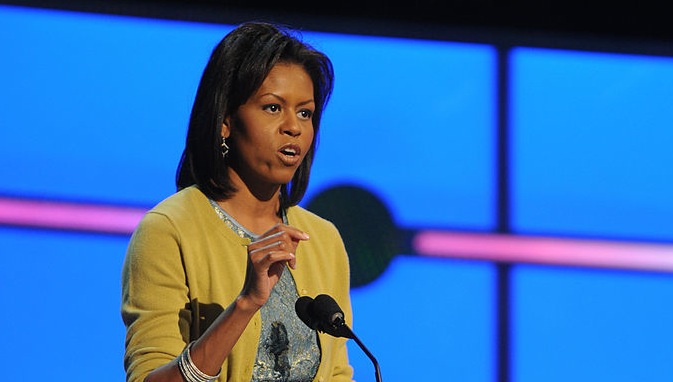 WASHINGTON — House Republicans are eating up Michelle Obama’s comments on their vote to slash $40 billion in food stamp spending over the next 10 years.

During a White House summit on food marketing, the first lady suggested that food stamps cuts could encourage the poor to be “more creative in their eating habits” and possibly encourage them to grow their own food.

“I know it looks bad for the poor at first, but I think this should be seen as an opportunity. I think some people who benefit from food stamps are starved for healthy eating ideas, and this could help them be more creative in their eating habits,” said Mrs. Obama.

“Maybe some could even start to grow their own food and be more self-sufficient,” she added.

Obama—who also recently took credit for a “cultural shift” in the way Americans eat—has already faced backlash for the comments, which opponents say are out of touch with the realities of poverty.

“Where does she think they’re going to grow all of this food?” questioned Dr. Kushal Patel of Northwestern University during an appearance on CNN’s “New Day.” “Evidence overwhelmingly shows that people who receive food stamps have limited living space and resources. Does she think everybody has a White House garden?”

“I think the first lady has been watching too much VeggieTales during all of those school appearances,” said Barry Popkin, a professor of nutrition at the University of North Carolina. “I can’t think of a nice way to describe what a ridiculous suggestion Mrs. Obama is making.”

A report by the National Academy of Sciences earlier this year found that government aid for families to pay for groceries, officially called the Supplemental Nutrition Assistance Program, or SNAP, does not account for many barriers that inner-city shoppers face in finding affordable, nutritious food.

“Many food stamp recipients can’t even find healthy food in the store, let alone find the space to grow it in their own household,” said one author of the report.

Several House Republicans have used the first lady’s comments to dig in to President Obama and his inability to veto their bill.

Majority Leader Eric Cantor pointed out that earlier this month, President Obama admitted that Michelle opposed his plan to attack Syria. “The president seems to be just as ineffective at uniting his own family as he does the rest of the nation,” joked Cantor.

House Speaker John Boehner said that, “Maybe Michelle can convince him to turn his back on Obamacare.”

“Perhaps the first lady can help the American people grow their own health care, too.”