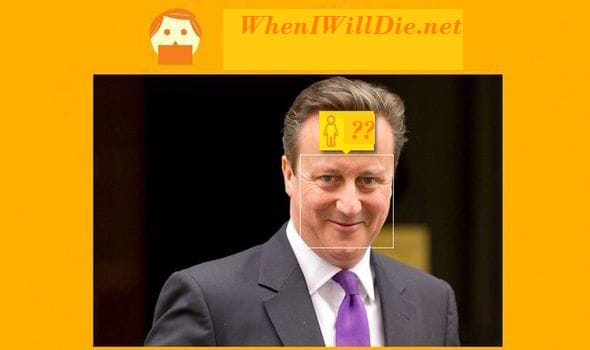 Silicon Valley, CA — With the recent success of Microsoft’s age guessing app,
the company has wasted no time at all in rolling out their new death estimator.
Working similarly to the age guesser, users simply upload pictures of themselves,
the app tells them their death date, and if linked to their Facebook, creates an open
event page for the funeral.

“We felt it was the next logical step. First, an app that says how long you’ve
been, then one that says how long you have. Our plan is to hopefully digitalize the
entire human lifecycle by 2018,” reports Bill Gates, Microsoft CEO, billionaire
philanthropist, and recent Grim Reaper of the 21st century.

Looking closer at the technology, it’s easy to wonder what factors contribute
to determining one’s mortality from a selfie. First, the app takes a detailed scan of
your facial features, which is then sent up to The Cloud, where God and his angels
are able to thoroughly examine every picture, before sending them back down to the
Microsoft servers. “It’s simple science really. We’re just the first company to
outsource to an omnipotent being,” comments Microsoft technician Dan Telmen, or
as he likes to be called, “Dr. Death”.

Early access of the app has already exploded onto the social media circuit,
giving millions of people the certainty that life just can’t guarantee. And although
Microsoft seems like the belle of the Internet ball right now, rumors of Google’s
competing guessing app “Heaven Or Hell” are already surfacing, eager to get in the
guessing game.