WASHINGTON — The Pentagon announced plans this week to slash the military to pre-World War II levels over the objections of many historians who say it will invite a Japanese invasion.

Secretary of Defense Chuck Hagel previewed the reduction plans this week in expectation of nearly $1 trillion in cuts over the next decade. While military analysts have voiced concerns over specific cuts, no objections have been louder than America’s history majors.

Adjunct Professor Scott Whitten of Camden Community College spoke out against the reduction.

“The first thing I teach my students is that those who don’t know their history are doomed to repeat it. The army will be reduced from 520,000 to roughly 420,000? We haven’t seen these levels since 1940. This will undoubtedly result in a Japanese invasion—my guess would be in the Hawaiian Islands.”

Secretary Hagel lamented at his briefing, “As a consequence of budget cuts, our future force will assume additional risk in certain areas.”

These comments helped ignite the firestorm of criticism. History major and taxi driver Lewis Sullivan warned, “People who don’t know their history are damned to repeat it. By rolling back our defenses to pre-World War II levels, we invite attack from the Japanese, the Germans—or even the British depending on how far back they go.”

In 2012, the Pentagon’s budget was $682 billion. This was $30 billion more than the next ten largest militaries combined. The Pentagon has already begun scaling back from a war footing, but deeper reductions were required. Some noteworthy cuts include eliminating the entire fleet of A-10 Warthogs, retiring the aircraft carrier George Washington, and raising the price of Barilla pasta sauce at base commissaries.

“They’re raising the price of Barilla pasta sauce?! Will they ever learn?” bemoaned house painter Dr. Luke Fellows from his apartment in his mother’s basement.

“With naval reductions in the Pacific, we are leaving the door wide open for the Japanese Empire—my guess in early December.” Fellows continued, “This is why we study history. If you don’t learn from past mistakes, you’re just going to repeat them.” Adding, “Duh.”

Professor Whitten agreed in a brief statement, “These are real concerns that bear repeating—and I would, but I got my doctorate in history specifically so I would not have to repeat myself.” 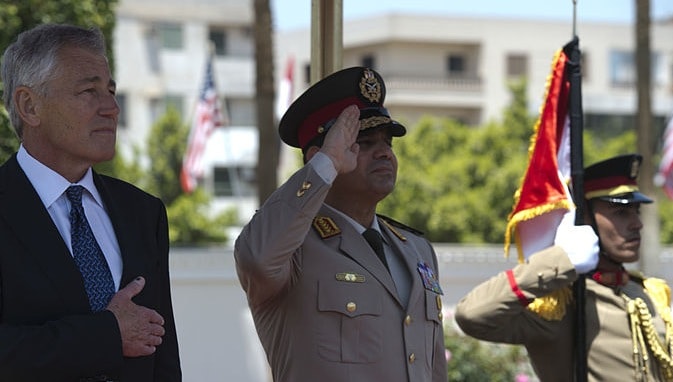 Egyptian Military Claims to Have Cured AIDS Through Prayer and Leeches