“Jonesboro, Georgia – In a development in the case of a young boy of 13, who was reported missing almost four years ago, the boy’s father, Gregory Jean, 37, was arrested by the Clayton County police.

“After being found in an Atlanta-area home hiding behind a false wall, the 13-year old boy was reunited with his mother on Saturday.

“Alongside the boy’s father, his stepmother, Samantha Joy Davis, 42, was also placed in custody and was, along with her husband, charged with obstruction, cruelty to children and false imprisonment. Due to having a connection with the incident, three other people have been charged.

“The home in Jonesboro was the location of two police searches since Friday night. Apparently, after the first search had rendered no results, police officers went back for a second try. In the meantime, the young boy was able to contact his mother via phone, and she was the one who told the officers to check behind a false wall.

Jean told Newslo that he was “flat-out shocked and surprised by the fact that his son was able to hide so well.”
“This is all just a big misunderstanding, I’m telling you. The two of us had a habit of playing hide-and-seek all day long; it was, kind of, our thing, you know. I knew that he’d always be good at it, but I had no idea he’d be this good. I mean, I didn’t even know our place had a freakin’ false wall, and I practically built the damn thing”, he said surprisingly.

He also added: “there’s really nothing more I can say about him, except for that the student has clearly surpassed the master. I’ve always loved these little games we used to play, but that all changed when his mother and I parted ways. That’s why I brought him round Atlanta, I missed the little devil. I do hope this whole conundrum clears up soon, I’ve got some work to do. Say, you wouldn’t happen to have a smoke, would you?” 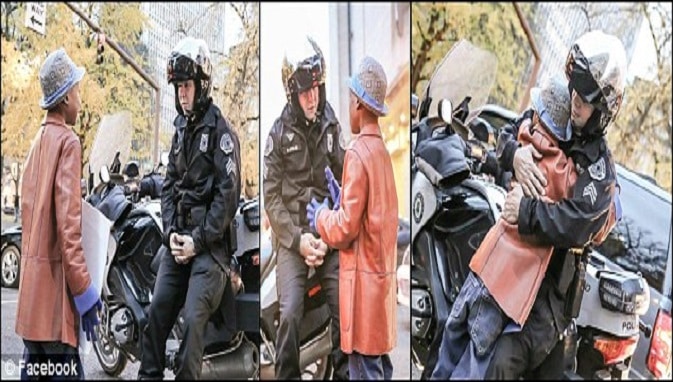 Rand Paul: “Why are they showing Interracial Hugging On The News?”