JEFFERSON CITY, Mo. — Missouri has long been known as the “Show Me” state, but that tradition is set to change as the state’s tourism board prepares to revise its slogan to the “Blow Me” state, which officials say will better  reflect Missouri’s increasingly contrarian attitude toward the rest of America.

Last week, Missouri governor Jay Nixon vetoed a bill from the Republican-controlled legislature which would have nullified some federal gun laws, such as requiring licenses for gun dealers, removing waiting periods for gun sales, and allowing the purchase of machine guns and silencers. In an unrelated move, Missouri attorney general Chris Koster has said that, because the state is running out of Propofol – the drug used to administer lethal injections – Missouri might return to using gas chambers for the first time since 1965: a practice ruled unconstitutional by the ninth circuit court of appeals almost two decades ago.

“The more this stuff kept happening, the more sense it made to revisit our state slogan,” said David Thompson of the Missouri Tourism Board when announcing the change. “Our lawmakers are just sticking up their middle fingers at the federal government time and again, so why not reflect that as part of our identity?”

Missouri is not the only state trying to circumvent federal laws — 40 states have recently done so on issues ranging from the Affordable Care Act to decriminalizing marijuana — but Thompson feels that Missouri is really taking the lead by going after both gun regulations and the death penalty law, saying: “Our attorney general wants to reinstate the most infamous method of killing people in modern history; if you can find a state with officials going out of their way to be bigger pricks right now, I’d like to meet them.”

The slogan change is just one measure that the Tourism Board is taking to let visitors know what to expect when they come to Missouri, as other state symbols have been madeover: the “Missouri Waltz” has been replaced as the state song by Public Enemy’s “Fight the Power,” and the “Eastern Bluebird” is now the “Constitution GoFuckYourself,” which Thompson believes to be a member of the Thrush family. 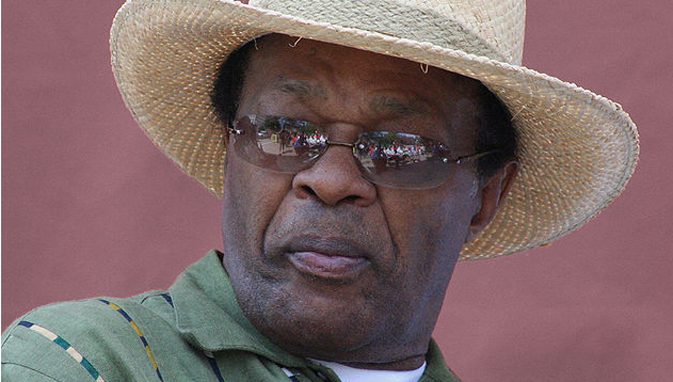