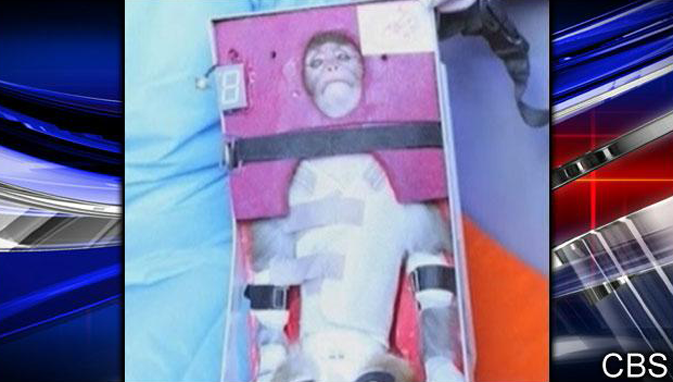 TEHRAN — After a daring attempt to escape the country by rocket ship, a disappointed rhesus monkey this week returned to the Islamic Republic of Iran.

The monkey reportedly constructed the rocket – dubbed “Pishgam,” the Farsi word for “Pioneer” – to escape a country whose already feeble human rights record has deteriorated significantly under President Mahmoud Ahmadinejad. Most notable has been the increasing use of execution to punish political dissidents.

Sources say that the monkey, unwilling to risk the same fate, took to the skies, making it 17 miles past the earth’s atmosphere before a miscalculation caused Pishgam to fall back to Iran. Despite the setback, the monkey has expressed gratitude to have returned safely, acknowledging that monkeys and other animals launched from countries like the United States and Soviet Russia have not been so lucky.

At press time, the monkey was reportedly regrouping, intending to use the knowledge gained from its experience to construct a new rocket, which could then be safely guided into the United States.