LONDON – Representatives of former Smiths frontman Morrissey reported the singer was “a wreck” and “completely inconsolable” following the revelation that American copies of his critically acclaimed “Autobiography” were – in a bizarre publishing choice – printed and bound on the skins of dead mammals.

Morrissey, an avid and vocal vegetarian whose memoir is getting raves on both sides of the pond, has shuttered himself in his home and refused to speak to the press since finding out this week that, in the United States, “Autobiography” is printed not on processed wood pulp – as is typical for essentially all books, as well as magazines and newspapers – but instead on stretched, bleached animal skins. A spokeswoman for the Manchester crooner and longtime wounded romantic said Morrissey is “beyond words, and that’s someone who loves to talk,” and she wondered after what must be an expensive shift.

“The boy with the thorn in his side is feeling extra thorny today,” said Sandy Karnes, speaking to reporters from the steps of Morrissey’s London house. “I’m not saying this is the worst I’ve ever seen him, but the black paint and slow strobes are definitely out in there. It hasn’t been this bad since the last time he broke his own heart…”

“And seriously, animal skins? Who does that?” Karnes added. “I can only imagine it cost the American publisher a fortune to bind and distribute tens of thousands of pages of … of hide. But why?”

Morrissey, the man behind the album “Meat Is Murder,” is such a fervent animal rights activist that he often insists entire buildings be cleared of meat products before putting in an appearance. Upon being first presented with the U.S. edition of “Autobiography,” he reportedly began shaking and weeping and “not even a full day in his darkest bathtub” could alleviate his angst.

Critics have praised the alternative pop star for his eloquent, keenly observed prose in the memoir, though many have noted the book’s unusual format. Avowed fan Wilson Cameron, writing in The Denver Post said, “This tome of personal reflection is so moving, so transportive, that I could hardly put it down. Unfortunately, neither could my golden lab, Johnny Marr. The teeth marks he left in ‘Autobiography’ will make it difficult to loan to friends.”

Responding to requests for comment, G.P. Putnam’s Sons, the book’s stateside publisher, pointed out that U.S. copies also gloss over a gay love affair of Morrissey’s, so readers shouldn’t complain about the medium of the text itself. In a statement, Putnam’s Sons hinted that Morrissey was impossible to please, and that after years of arguing, this version may have been the best option available.

“He was working on a book, and now he’s got a book,” the company said, “and heaven knows he’s miserable now.” 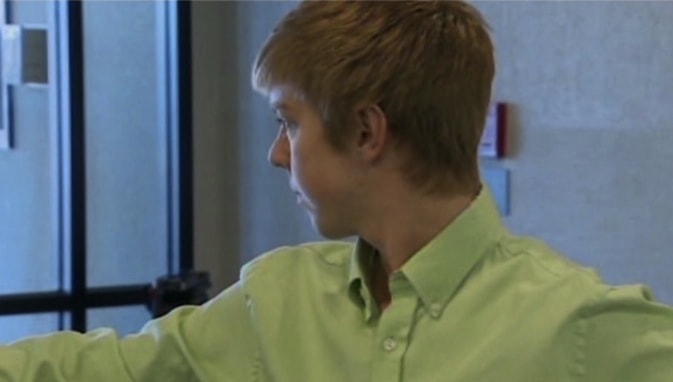