DETROIT –  On June 25, HLN aired the pilot for their new reality show “Where’s Your Kid?” hosted by long time legal pundit and former prosecutor Nancy Grace. The concept of the new show, as described by executive producer Mel Punch in an interview with Entertainment Weekly, is to kidnap children of unsuspecting parents and then secretly film the parents’ frantic efforts to locate their missing child. At each episode’s conclusion—after the 10th day—the child is placed somewhere the parents have searched numerous times—what producers are calling the “ultimate twist ending.”

In the shows pilot episode, Charlie Bothuell was brought on under the pretext that he’d be interviewed on Grace’s regular HLN show about his missing son. Before the actual interview began, Grace revealed to Bothuell that his son had just been found in his basement. Bothuell fell into a silence before repeating, “What?” as he attempted to grasp the news. Grace, cutting Bothuell offasked, “How could your son be alive in your basement?”

Bothuell claimed he “didn’t know how” and that he, his wife, the FBI, the Detroit Police and their dogs, had all searched the basement. Grace again interrupted Bothuell telling him, “Well, I know how. Because…” she then proceeded to jump up from her desk and a buzzer sounded through the studio as red sirens whirled, “We took your kid! That’s right Mr. Bothuell you’re on…”

The studio audience, revealed, putatively, at the end of every episode, shouted out “Where’s… Your… Kid?”

Grace then pointed off camera, saying “Now Charlie, tell Mr. Bothuell what he’ll get for being on our show.”

To which the shows announcer responded, “He’ll not only be going home with our at-home version of ‘Where’s Your Kid?’ but the Parker Brother’s board game “Nancy Grace: Hang Them Before The Trial!”

Grace then went on to ask Bothuell to repeat their catch phrase-same as the name of the show-while looking into the camera, which he did, after she explained to him, after his first poor attempt, that it’s “Where’s Your Kid?” not “Where’s ya kid.”

“Where’s Your Kid” is set to air throughout the summer Wednesday Nights at 9 p.m. on the HLN network. 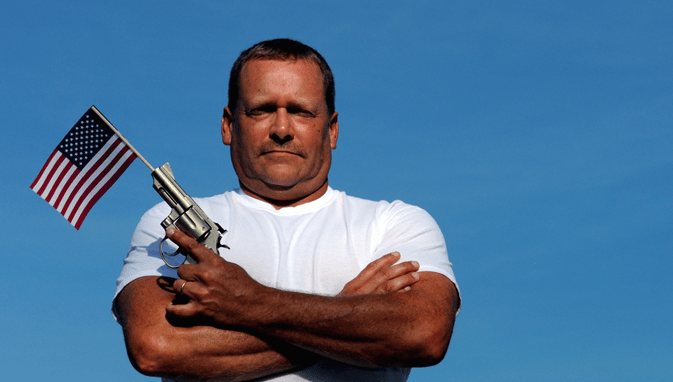