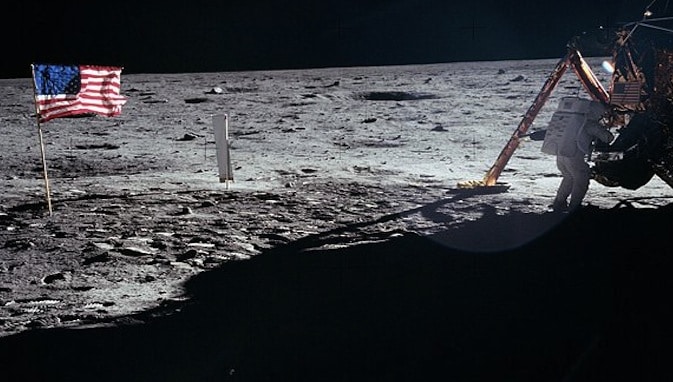 NASA to Grow Marijuana on the Moon

MOUNTAIN VIEW, Calif. – Officials at NASA’s Ames Research Center in California today announced plans to cultivate and grow marijuana on the surface of the moon. The news came on the heels of an earlier announcement regarding NASA’s plan to put a garden on the moon in 2015 consisting of cress, basil, and turnips.

“The decision to grow marijuana on the lunar surface was a no-brainer,” said Ames Deputy Director Lewis S. G. Braxton III. “NASA is always in need of funding, and weed is a serious cash crop. Plus, this way, future lunar colonists will have a fresh supply at their disposal, because let’s face it, things are going to be pretty boring up there for a while.”

The marijuana will be shipped to the moon in much the same way the original garden is expected to arrive in 2015, as payload on an unmanned Google X-Prize mission.

“[A] first step in long term presence [on the Moon] is to send plants,” read the proposal. “As seedlings, they can be as sensitive as humans to environmental conditions, sometimes even more so. Once the turnips and whatnot grow, giving us proof of concept, we’ll send up the pot and get things humming.”

Deputy Director Braxton acknowledged the psychological benefits of growing marijuana on the moon. Previous experiments on the International Space Station and in Antarctica have demonstrated that the presence and maintenance of plant life provides psychological comfort to isolated people. “And when the same people were baked, they were even happier,” he explained.