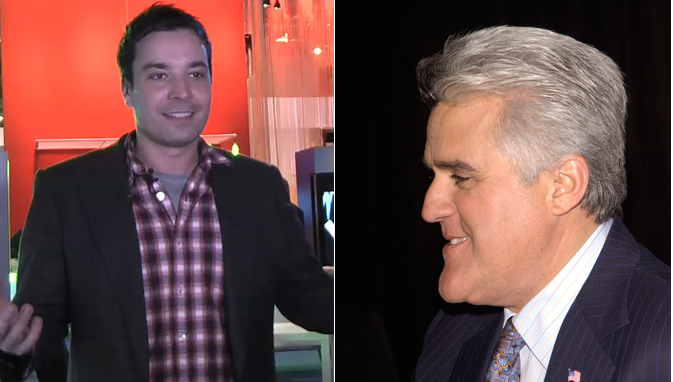 NEW YORK — Declaring that they “really mean it this time,” NBC announced this month that Jay Leno will be retiring as host of “The Tonight Show” in the spring of next year. In the same breath, however, the struggling network weakened its credibility by saying Jimmy Fallon would fill Leno’s spot as host.

Saying they “understand that everyone is a little confused,” NBC officials insist that Leno “really will be retiring,” and that the man they honestly intend to replace him with is Fallon.

“I’m not sure what to make of all this,” said TV critic Jennifer Gilbert. “It’s definitely time for Leno to step down and next spring makes sense – right after the winter Olympics and all. But Fallon? It certainly looks Jay might get his old job back again, again. It’s a little late for April Fools’, I can tell you that.”

In June of 2009, Conan O’Brien took over as host of “The Tonight Show” and Leno moved to prime-time. But Leno was unhappy, and his new show earned poor ratings, so a scheme was hatched to put “The Jay Leno Show” on at 11:35 p.m. Eastern and move the “The Tonight Show” to 12:05 a.m. O’Brien balked at this plan to hold “Tonight” until tomorrow and quit.

Leno has been host “The Tonight Show” ever since, and he may well be again, if NBC’s plans to replace him with “Taxi” star and “Saturday Night Live” alum Fallon are genuine.

“Johnny Carson he’s not, but we might as well call Leno the once and future king of late night,” Gilbert says. “It looks to me like he’ll be hosting for years to come.”