“Officers Ramos and Liu were killed in an ambush shooting by Ismaaiyl Brinsley on December 20th. Brinsley, a 28-year-old man with a history of mental health problems, had posted on his Instagram feed that he planned to kill two police officers to avenge the deaths of Michael Brown and Eric Garner, both unarmed African-Americans killed this year by police.

“De Blasio declined to endorse a grand jury decision not to indict the officer responsible for Garner’s death and has been sympathetic to the wave of protests against policy impunity that followed.

“Hundreds of officers turned their backs as De Blasio spoke at Ramos’s funeral in Queens on Saturday. The funeral for officer Liu will be held on Sunday; Liu was reportedly the first Chinese-American officer to be killed in the line of duty.

“Why would we continue to do our jobs with the treatment we’re getting?,” said Jonathan Crews, 34, an NYPD officer, and added: “we’ve got no support from those who should be supporting and standing up for us the most, and it all makes us wonder why the hell we’re still doing this job.”

He further added: “we all have families to feed and bills to pay; that’s why we’ve decided to go with the climate created by those in power. From now on, we’ll only arrest white people, since it’s obvious that going after everyone equally just isn’t working for the politicians. So, if the people start noticing a decrease in crime in NYC, they’ll know it’s because the NYPD has stopped arresting blacks altogether.”

The New Mandatory $325 Contribution To The Obama Campaign 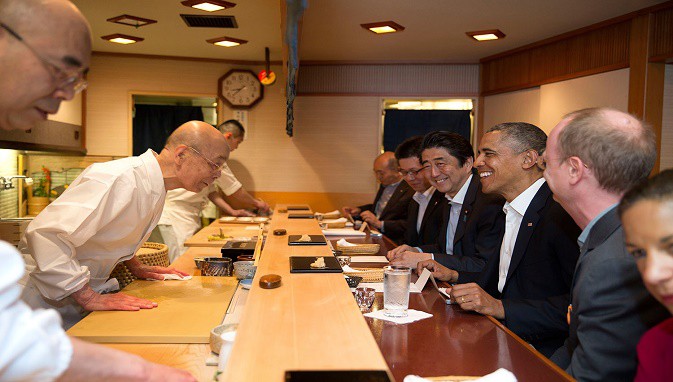